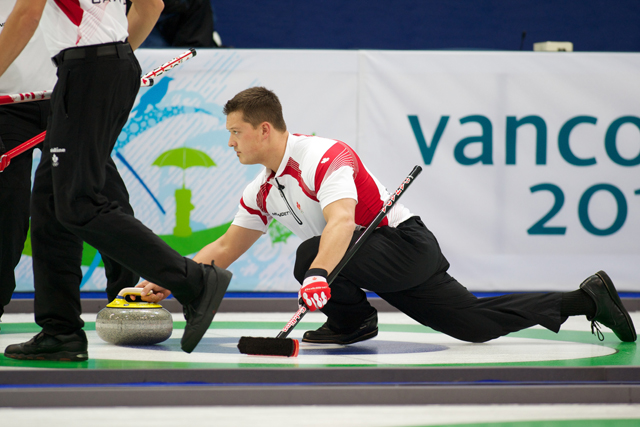 Ben Herbert brings a champion’s point of view to the stage.  Olympic gold medallist, world champion and four-time Brier winner you’d be hard pressed to find a stronger curling resume than the one belonging to Ben.

Known as a powerful sweeper and a reliable shot-maker, Ben has found incredible success after choosing to move to Alberta to continue his curling career.  Ben has had the opportunity to play with a few of Canada’s elite skips such as Pat Simmons, Kevin Martin and Kevin Koe.

It has been said many times that Ben loves curling and actively promotes the sport across the country. Ben enjoys visiting junior curling camps, looking to inspire young people to continue to play the game he loves.

When you combine Ben’s vast curling experiences with his many high profile teammates, you get a presentation second to none.  On stage, Ben shares his enthusiasm for curling, the secrets of success and a few .

In his impassioned and invigorating talk, Ben uses humour and life lessons when telling the inspiring story of his rise to national and international curling supremacy. Ben describes the teamwork, passion, and competitive nature that he needed to rise to the top, as well as the obstacles he had to overcome.

Engaging and personable, Ben’s  a popular speaker for any corporate or sports dinner audience.