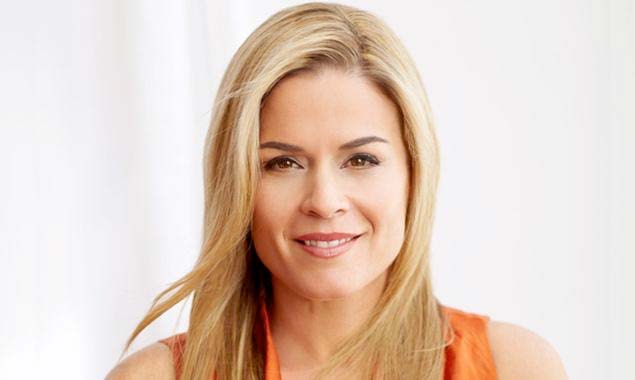 It’s no surprise that Cat Cora has become a world renowned chef. Her culinary aspirations began at an early age, and by 15, she had developed a business plan for her own restaurant. In 2005, she made television history on Food Network’s “Iron Chef America” as the first and only female Iron Chef, and in November 2006 Bon Appetit Magazine bestowed her with their Teacher of the Year Award, an award she calls, “the greatest recognition she could achieve as a chef.” That month, she was also honored with another great culinary distinction when she was named Executive Chef of the magazine. With restaurants at Macy’s South Coast Plaza, San Francisco and Houston’s airports and another at Walt Disney World, Cat’s bringing a taste of her culinary influence to both coasts.

Following advice from her famous mentor Julia Child, Cat left her native Mississippi for New York, where she received the education of her dreams at The Culinary Institute of America. While in New York, she apprenticed with and then worked for Chef Anne Rozenweig at Arcadia and worked at the Beekman Tavern under Chef Larry Forgione of An American Place.

Cat’s culinary education continued in Europe completing apprenticeships with two of France’s three-star Michelin chefs, George Blanc of Vonnas and Roger Verge. After returning to New York again, Cat honed her skills as a Sous Chef at The Old Chatham Shepherding Company under Chef Melissa Kelly. She soon headed West to plant her roots in Northern California, where she served as Chef de Cuisine at Napa Valley’s Bistro Don Giovanni.

Cat made her TV debut in 1999, as co-host of Food Network’s Melting Pot with Rocco Di Spirito. She went on to host My Country My Kitchen: Greece, Date Plate, and was one of the featured hosts on Fine Living’s Simplify Your Life. A documentary, Cat’s In The Kitchen, was also made about her first James Beard dinner in April, 2002.

Preceding Iron Chef America, Cat co‐hosted Kitchen Accomplished on Food Network, where she worked with a design expert and contractor to surprise a homeowner with a 3 day kitchen makeover. In 2006, Cat appeared in NBC’s Primetime Mini-series, Celebrity Cooking Showdown, where celebrities were paired with famous chefs and competed in a timed cook‐off à la Iron Chef America.

In May 2012, Cora stepped out of her chef’s jacket into a new role as co-host alongside Curtis Stone for Bravo’s new series, Around the World in 80 Plates. The two hosts traveled with 12 chefs competing in a culinary race across 10 countries in 44 days.

Cat’s upbringing in Jackson, Mississippi’s intimate Greek community had an incalculable influence on her career. Raised by a family for whom cooking and eating were the center of life, meals at the Cora house often combined spices from the South with fresh cheeses and home-cured olives sent by relatives from the island of Skopelos. Her first cookbook, Cat Cora’s Kitchen was inspired by her Greek and Southern heritage and contains many of her family’s favorite recipes.

In her second book, Cooking From The Hip: Fast, Easy, Phenomenal Meals, Cat elevates at home cooking to new levels, applying her “go-with-what-you’ve got” philosophy to creating simple, yet sensational meals. Cat’s third cookbook, Classics With a Twist: Fresh Takes on Favorite Dishes (Houghton Mifflin, June 2010) showcases her signature fast and healthy approach to family-friendly recipes from around the world.

Cat resides in the Santa Barbara area with her family and biggest fans, her four sons. Outside the kitchen, Cat is known for her philanthropy. She is President and Founder of Chefs for Humanity, an organization that originated in response to the 2004 Tsunami disaster. Modeled after Doctors Without Borders, the not-for-profit gathers the culinary community together to raise funds and provide resources for important emergency, educational and hunger-related causes. Recognizing Cat’s altruistic determination in the food world, UNICEF named her a nutritional spokesperson to help raise awareness for humanitarian crises around the world.

In June 2010, Cat joined First Lady Michelle Obama as part of her Chefs Move To Schools campaign in an effort to provide nutritional guidance and education from professional chefs to schools nationwide. Cat is presently working on adopting an elementary school near her home in Santa Barbara, CA.

Cat traveled to Ethiopia in February 2012 with Save the Children to help shed light on the side of the global child hunger crisis that doesn’t make headlines. The trip included visits to Save the Children programs in the region that promote solutions to the chronic malnutrition crisis.

To date, Cora has successfully launched several unique restaurant concepts. In 2008, she partnered with Macy’s to open Cat Cora’s Que (CCQ), a casual barbeque restaurant featuring her favorite takes on global BBQ located in South Coast Plaza in Costa Mesa, California. In 2009, Cora collaborated with Disney to launch Kouzzina by Cat Cora at Disney’s Board Walk Resort in Orlando, Florida. Kouzzina’s menu is a tribute to Cora’s heritage and features her time-honored Mediterranean family recipes and personal Greek favorites.

In September 2010, Cat and Disney Online launched Muppets Kitchen, a series of webisodes featuring Cat and co-hosted by a spicy Italian Muppet named Angelo. With the help of Muppet friends, Cat and Angelo are helping families rediscover time together through the joy of cooking. Launched in conjunction with Muppets Kitchen is HastyTasty Cooking Tips With Cat Cora and the Muppets. These instructional webisodes provide moms with advice on how to get their kids excited about cooking as well as step-by-step instructions for preparing nutritious meals the whole family will love.

In 2011, Cora launched her first line of cookware with Starfrit, Canada’s leading purveyor of kitchen preparation products. The Cat Cora by Starfrit line emphasizes clever, Eco-friendly cookware and kitchen essentials to make mealtimes easy for the at-home cook. Her Starfrit product line includes; The Cook N’ Serve Casseroles, Acacia Utensils, Cutlery and Silicone Tools. That same year, she joined forces with Gaea, the leader in Greek specialty food products to debut Cat Cora’s Kitchen, her own line of olives, olive oils, tapenades and cooking sauces. In addition, Cora has her own collection of wines under the Coranation label.

In 2012, Cora released her new iPad app entitled “Cat Cora’s Kitchen.” Cat’s app is a robust and powerful tool that enables home cooks of every skill level to plan, prepare and serve individual dishes or complete menus from her repertoire with absolute confidence. Video tutorials, a sophisticated easy-to-use scheduling feature, and an intuitive and user-friendly interface ensure that the home cook has everything necessary to succeed in the kitchen and bring a single dish or a multi- course meal to the table on time and cooked to perfection.

“Cat exceeded expectations! She truly made the event and we are still getting flooded with positive feedback from our guests and clients. She contributed a great deal to the panel discussion and also wowed the audience during her demo. We are very very happy with how everything turned out.”

“[The event host] was thrilled. They raised quitea bit of money, cooking demo turned out really nicely. It was a great event!”

Cat was welcomed into Saint Lucia and the Culture, she is such a warm, kind hearted easy going, loving people’s person… what a Gem in a Human body. Her sessions were well attended. Everyone Loved Cat and her personality.