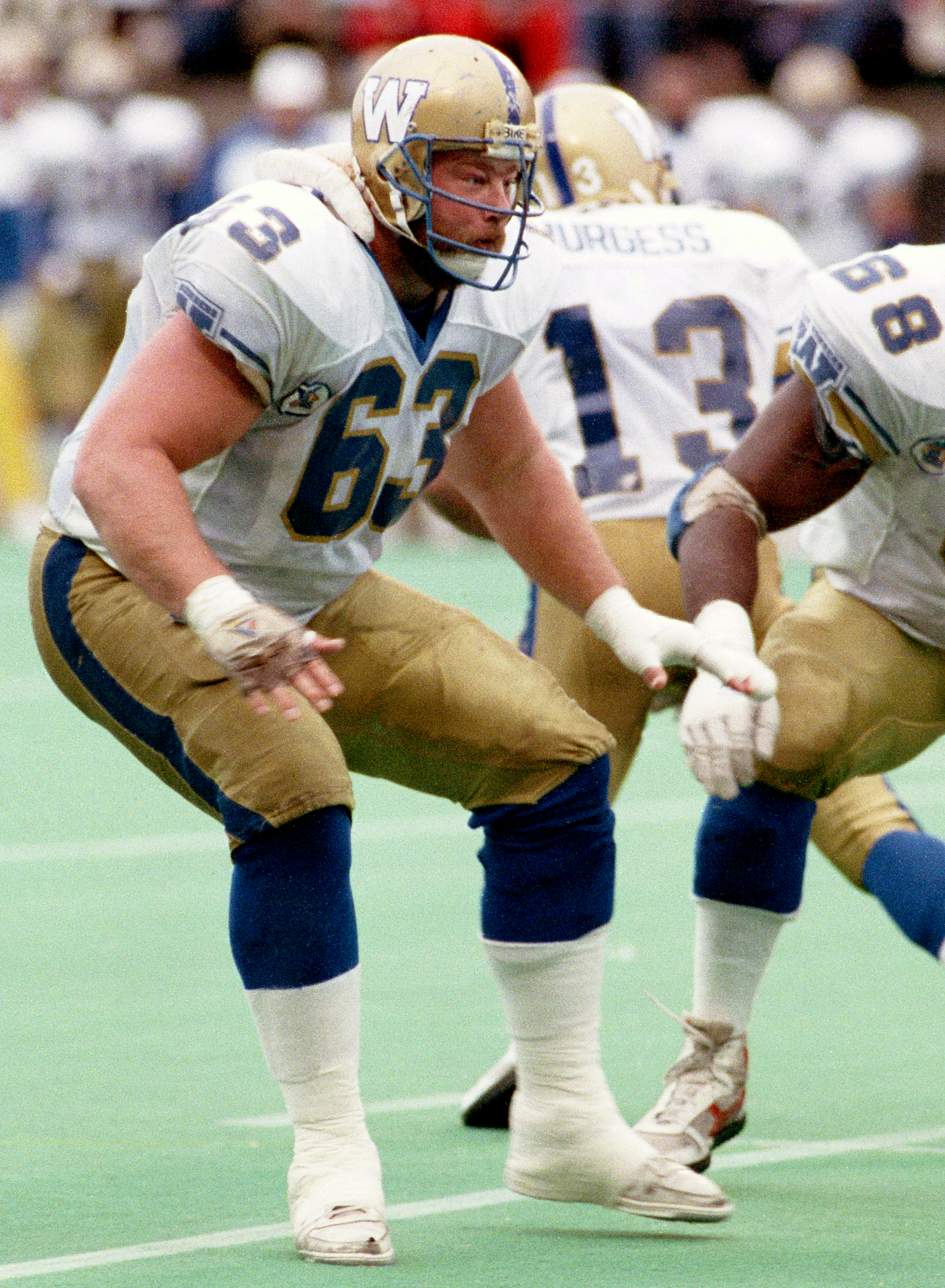 Life has been anything but ordinary for Chris Walby, as he has been involved in a multitude of ventures, activities, and occupations throughout his 55 years on this planet. He was born in the tough North End of Winnipeg attending St John’s High School where he was introduced to the game of football in his senior year…

Football, however, was not his game of choice as it was hockey that he truly loved, and where he went on to play Junior A Hockey with the Kildonan North Stars, a perennial powerhouse in the late 70’s and early 80’s

His career in Football started with one year of High School football, followed by two years of Junior football with the Winnipeg Rods which led to an Athletic Scholarship to the University of Dickinson in North Dakota in 1979. He not only graduated with a teaching degree , but also was honored as an All American as a defensive end in football. Chris would later be inducted into the Dickinson State University Hall of Fame in 1999.

He was selected 4th overall in the 1981 CFL draft by the Montreal Alouettes, but ended up coming to his hometown of Winnipeg midway through the 1981 season spending the next 16 years playing for the Blue Bombers. He played in 5 Grey Cup Games winning 3 championships in 1984, 1988, and 1990. During his 16 year career, Chris was a 9 time CFL Allstar, a 2 time CFL Most outstanding Offensive lineman award recipient, as well as being named as one of the 20 greatest players to play with the Winnipeg Blue Bombers. He was also recognized as #22 amongst the CFL’s 50 greatest players in a TSN poll in 2006. Chris was inducted into the Winnipeg Football Hall of Fame in 2000 and the prestigious CFL Hall of Fame in 2003.

Chris has done it all from being a Teacher in the Manitoba School system, to running politically for the Liberal Party in 1995. He has operated and worked at his restaurant “Chris Walby’s Hog City Bar and Grill”, as well as doing Colour Commentary for the CFL on CBC football broadcasts working 10 Grey Cup Games. He most recently retired as a National Sales Manager for a leading Pharmaceutical company this past April.

Chris makes his year round home in Winnipeg with his wife Vera and their four sons Brandon, Clayton, Christien, and Matthew.