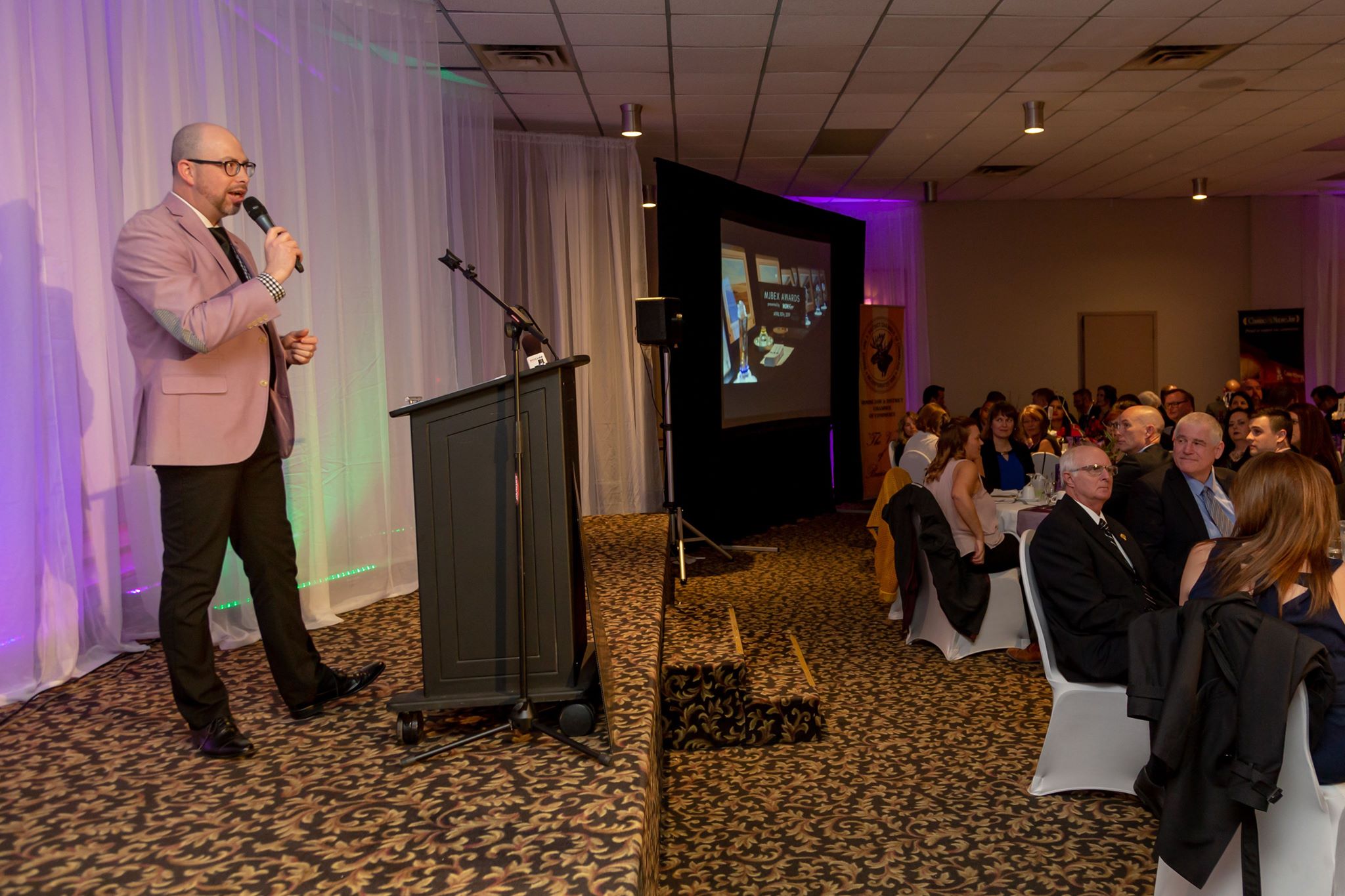 Craig Hemingway was born in Regina, SK and lived in a few different small communities within the province through his first few years (including Nokomis, Paddockwood and Meath Park). His family would eventually settle in Holdfast, SK in 1979 and remained there for over 25 years.

After graduating high school, Craig pursued a career in broadcasting. He received his diploma in Cinema, Television, Stage and Radio Arts from Southern Alberta Institute of Technology in Calgary in 1993. Later that summer, Craig landed a job with Golden West Broadcasting at Country 800/CHAB Radio in Moose Jaw, SK. Over his 24 years with Golden West, he held various roles including reporter/DJ/Production Manager, Morning Show Host, Program Director and News Director.

In August of 2017 Craig accepted the position of Communications Manager with the City of Moose Jaw, where he is happily working at expanding the ways in which the City can engage with its residents and employees. Additionally, Craig’s love of public speaking has led him to be Master of Ceremonies for several large (and some small) business and charity events in Moose Jaw and across southern Saskatchewan.

When not at work or hosting an event, Craig enjoys spending time with his wife and two daughters (Ella, 15 and Payton, 12) and is excited about coaching Payton in another season of Moose Jaw Minor Girls Fastball. Craig is currently President of the league. And, when not doing those things, Craig likes to get away for a round or two of golf.

“Craig, was an excellent MC for the 2013 MJBEX Awards–very professional and he was able to adjust to any circumstances that came up I would recommend Craig for any MC events”.

“Craig is a very personable and outgoing guy who really stepped it up a notch and provided an emcee service that kept our event rolling throughout the day. He made sure to involve all those who were in attendance and ensured that every aspect of the event was personally highlighted along with the schedule of events being followed throughout the day! His ability to interact with the crowd while the event took place very much gave the event a welcoming atmosphere. Craig even took the time to visit all 39 health fair booths to personally ask them about the programs and services they offered here in Moose Jaw. I was very happy with Craig’s service and would have him emcee future events here at YaraCentre!”

“EMJ Marketing & Craig Hemmingway worked with us to ensure a seamless well planned program for the PRISM Awards Gala. Craig provided humor at appropriate times in an appropriate manner. He is a natural at recognizing the listeners & adapting to their style. We look forward to working together in the future.”