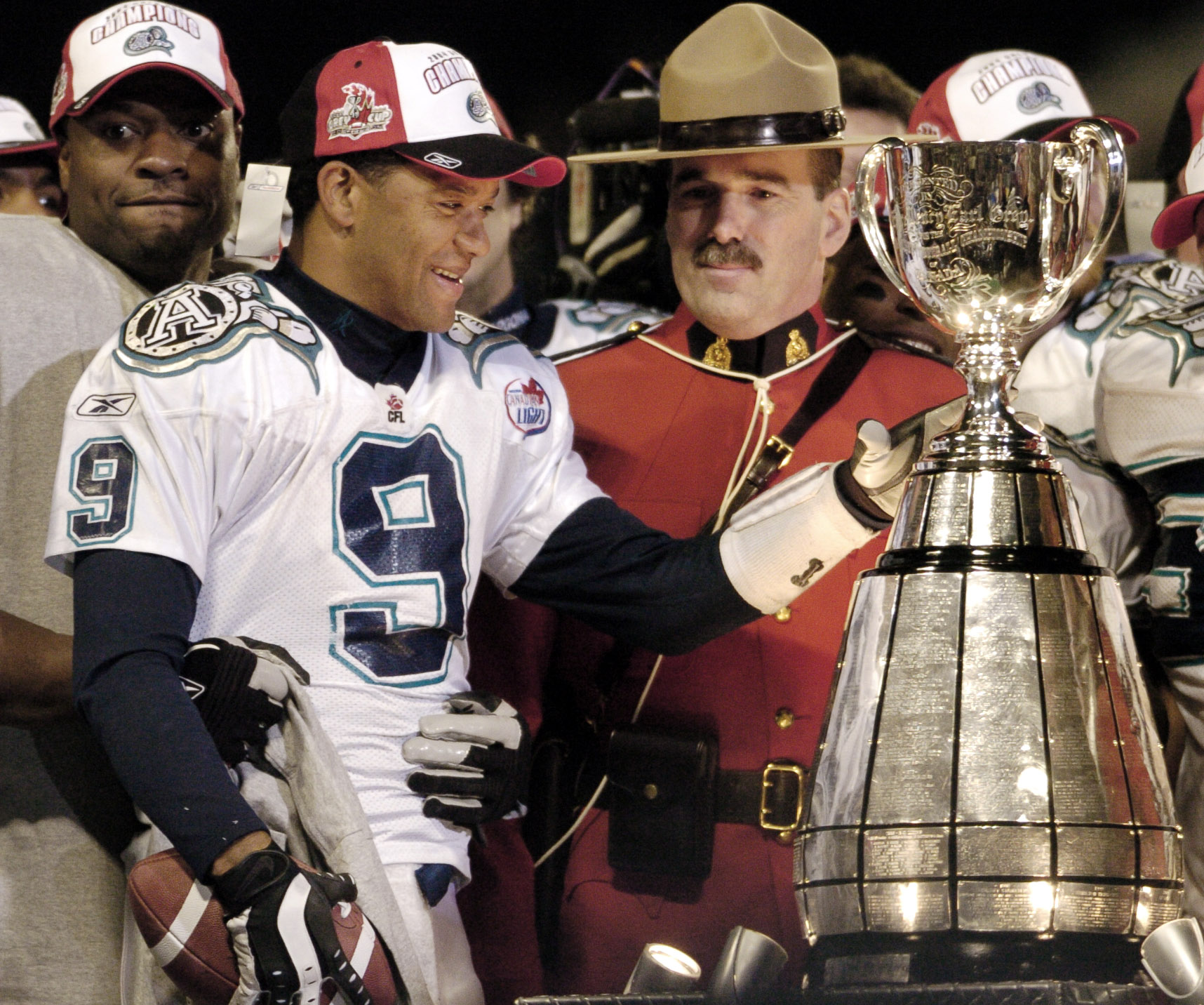 Damon Allen is considered to be one of the greatest CFL quarterbacks of all-time. Allen leads the all-time pro football combined rushing and passing charts with 72,381 passing yards and 11,920 rushing yards for a combined total of 84,301 yards. Allen surpassed Warren Moon’s total of 70,553 passing yards (in both the CFL and NFL combined) on September 4, 2006 during the annual CFL Labour Day Classic. He also stands third on the all-time CFL rushing list behind Mike Pringle and George Reed and retired only 323 yards behind his older brother, NFL Hall of Famer and Superbowl MVP, Marcus Allen.

As one of the most prolific passers in professional football history, Allen’s career spanned over three decades as quarterback for five different CFL teams including the BC Lions, Edmonton Eskimos, Hamilton Tiger-Cats, Ottawa Rough Riders and Toronto Argonauts which included four Grey Cup Championships, three Grey Cup MVPs and one CFL Most Outstanding Player Award at the age of 42. Allen retired on May 28, 2008, at the age of 44 as one of the most accomplished and celebrated football players in Canadian history. Allen was Inducted into the Canadian Football Hall of Fame in 2012.

Damon Allen was a two sport athlete at California State Fullerton University excelling in both football and baseball. In his college football career, Allen led the Titans to two Pacific Coast Athletic Association championships and broke a 26 year NCAA record with three interceptions in over 300 attempts, as well as seven other school records. Allen was a first team PCAA quarterback, and named the UPI All West Coast team quarterback. Allen was sixteenth in overall voting for the 1984 Heisman Trophy and played in the Senior Bowl College All-Star game.

No only an outstanding football player, Allen was a superior baseball player as well. Allen helped the Titans reach an 66-20 record, ranking them fifth in the country. Allen helped his team win the College World Series at the 1984 National Championship at CSFU as a pitcher, and was drafted by the Detroit Tigers in the 1984 Major League Baseball Draft in the seventh round. Allen never signed a professional, major league baseball contract with the Tigers, but did sign one with the Pittsburgh Pirates in 1993. Allen reported to the Pirates’ spring training camp in 1994, but ultimately left camp and decided to play football.

In May 2010 Allen launched the Damon Allen Quarterback Academy to personally teach the skills and strategies of quarterbacking to students of all ages and skill levels. Damon hosted his first annual High School Quarterback Challenge in May of 2011 and is expanding it nationally into the cities of Vancouver and Saskatoon this year.

Allen is active in his community supporting a variety of charities through his Annual Night of Champions event. He is a strong voice advocating for the importance of amateur sports across Canada. Allen is also an avid reader and draws inspiration from the teachings of Martin Luther King Jr., Jackie Robinson, Warren Buffett and Muhammad Ali. With a quiet confidence, sense of fun and storytelling, Allen speaks to many audiences on the importance of leadership and teamwork.