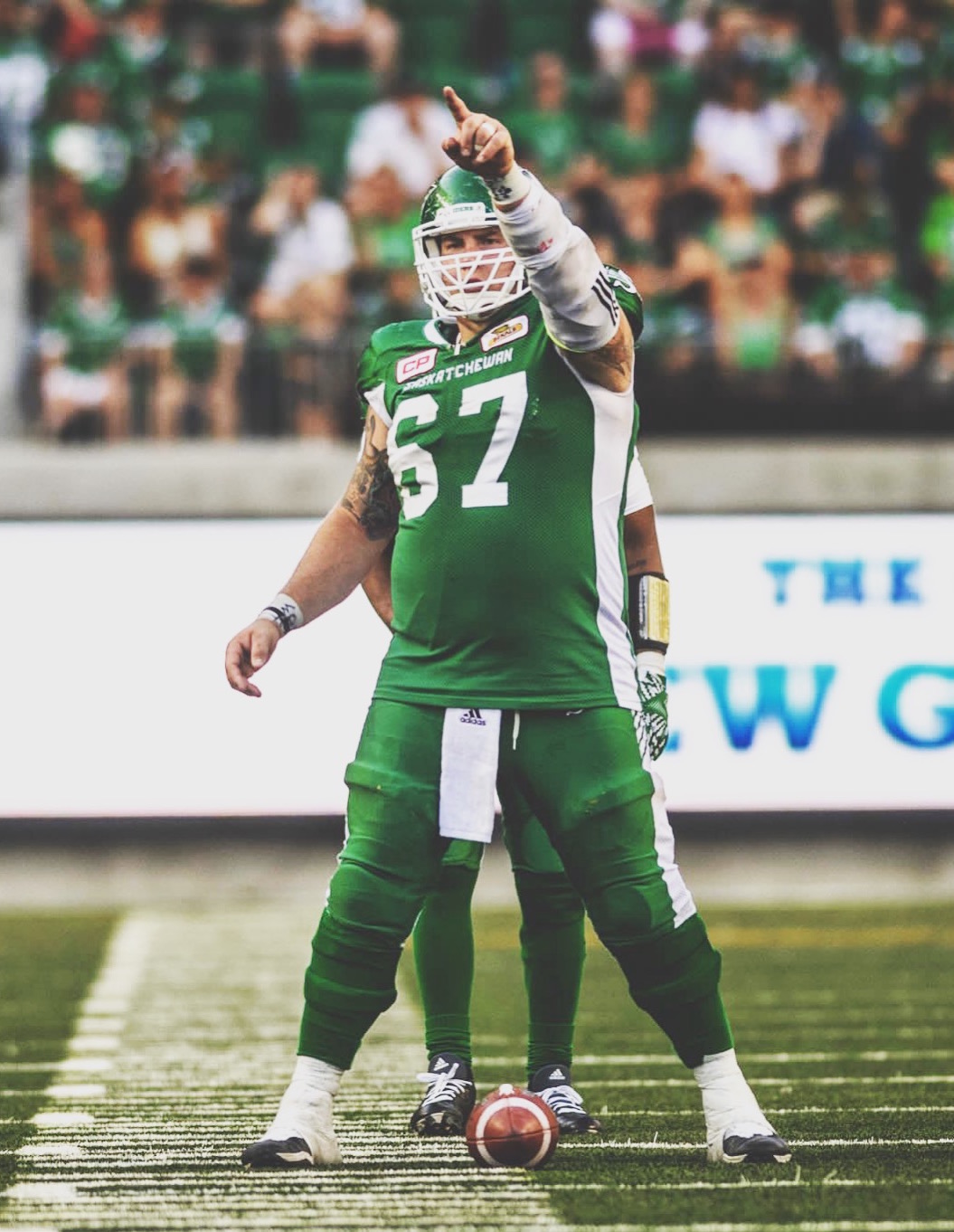 With his roots firmly placed in Saskatchewan, Dan Clark shares his secret of his success both on and off the field. Dan is an inspiration to all local minor football players who have a goal of playing football at a higher level. Dan is the epitome of hard work and dedication as he earned his way onto the starting roster after joining the Roughriders as a 2009 territorial selection.

His ability to relate to football fans of all ages makes him an exceptional addition to all dinner speaker lineups. As the anchor of the Roughrider offensive line, Dan tells tales of life in the CFL trenches. Add in Dan’s views of the magical 2013 season that included a touchdown pass and winning the Grey Cup in front of the Taylor Field faithful.

Dan continues to play a major role in helping to eliminate bullying from Saskatchewan schools. On behalf of the Red Cross, Dan uses his profile as a CFL star to travel across the province in the off-season tackling bullying and bringing awareness to the issue.

Providing a combination of inspiration and huddle humour, Dan and his outgoing personality provide a local perspective of professional football which makes him a great choice for any community event.