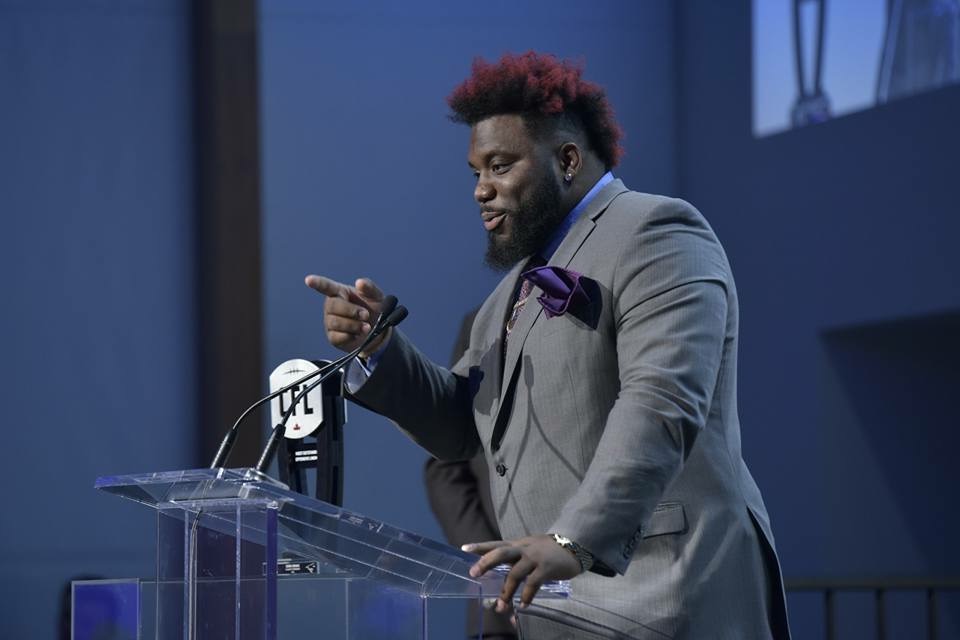 The only thing that is more colourful than Derek Dennis’ personality is his hair. The Temple University grad is known for his unique sense of humour and creativity, which is exactly what you want in a keynote speaker.

Known as an on-field leader, Derek will entertain your audience with a variety of behind the scenes locker room stories from his storied football career that has taken him across North America and three professional leagues.

Derek, who has played in the NFL, AFL and CFL, can also deliver outstanding motivational messages on team work, goal setting, striving for success and leadership.

Named the CFL’s Most Outstanding Offensive Lineman in 2016 with the Calgary Stampeders, Derek is a CFL sensation on social media as he engages and amuses his followers with his creative and funny tweets. He will provide you with his perspective, insight and a few personal details on his verbal jousting with his favourite CFL players.

Derek also shares intimate stories from his childhood, such as how he took ballet lessons, a skill that has assisted him in his successful journey to be a professional football player.

An all-star at the podium and on the field, you will not be disappointed when Derek Dennis takes center stage at your event. .