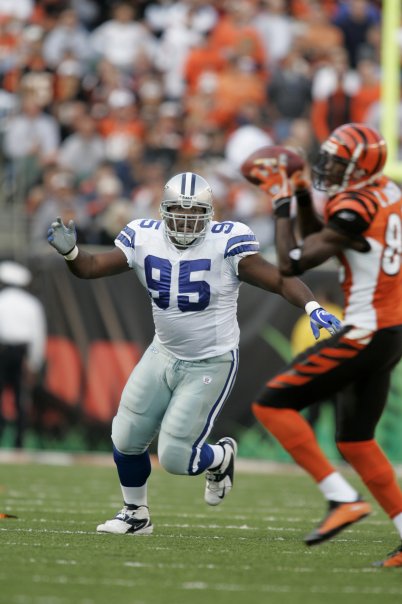 From growing up in Martinsville, Virginia, playing on Tampa Bay’s Super Bowl Championship team, to his move to the CFL, you will be inspired by DeVone Claybrooks football journey.

Claybrooks credits his path to success to his grandparents who raised him while him mom was serving time in jail. The talented Claybrooks had 40 Division 1 scholarships offers as a high school senior but his grandparents stressed education before football. He was a star on and off the field as he earned two degrees in Psychology and Criminal Justice. He then added a Master’s degree in clinical psychology.

DeVone will share stories from his childhood, like the time he was benched by his grandparents and had to miss a play-off game when he got two C’s on his report card. The work ethic installed by his grandparents propelled him to a successful NFL career with Tampa Bay, Dallas and Arizona before heading to Canada and a Grey Cup Championship.

After playing five seasons in the CFL with Montreal and Calgary, Claybrooks traded his helmet for a headset. As one of the most respected coaches in the CFL, DeVone combines his overall knowledge of the game, his strategic defensive schemes and his ability to teach and inspire his players.

DeVone Claybrooks is now an all-star at the podium. He will entertain and inspire your audience with tales about his NFL coaches Jon Gruden, Tony Dungy and the colourful Bill Parcells. Claybrooks will also throw in a locker room story or two about his time in Tampa, their Super Bowl Championship and his transition from CFL star to CFL coach.

DeVone is the perfect choice for any community sports event or fundraising dinner.