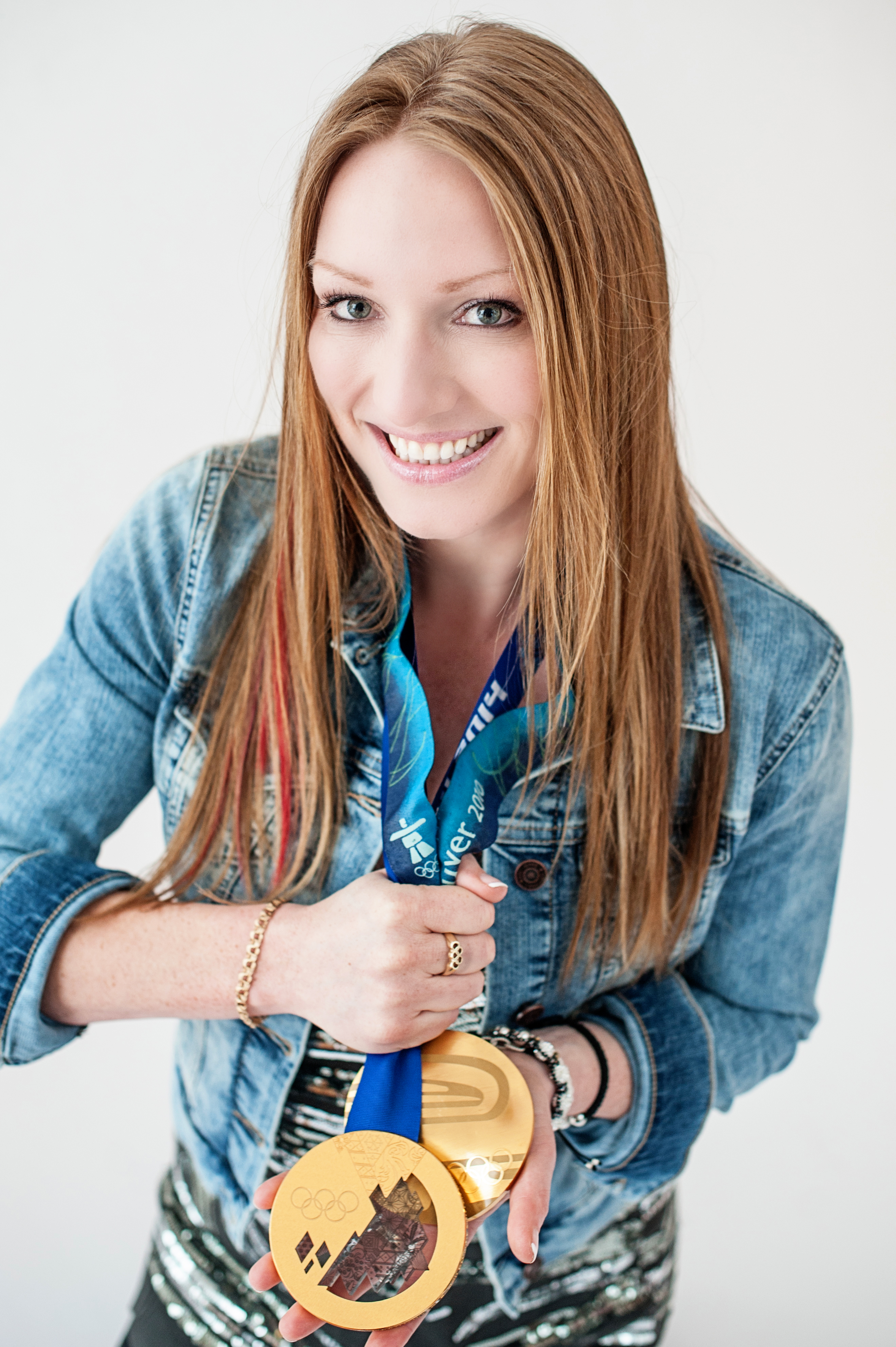 Describing two-time Olympic Gold Medallist Heather Moyse in one phrase is a difficult task, as she is so much to so many: multi-sport national athlete, inspirational speaker, ambassador, bionic woman, philanthropist, role model, and above all, Champion.

Heather lives by her personal motto, “Believe in the possibilities”, and inspires people all around the world with her life story and her life philosophies. From the small Prince Edward Island town of Summerside to the top of the Olympic podium, Heather Moyse, whom some have suggested is Canada’s best ever all-round female athlete, has accomplished the unlikely not once, not twice, but multiple times by believing in those very possibilities.

Four months after climbing into a bobsleigh for the first time, Heather represented Canada at the 2006 Winter Olympics in Turin, Italy. A fourth place finish by the narrowest of margins wouldn’t suffice for this fierce competitor, creating the drive to ‘finish the job’. So after taking a year to finish her Masters degree in occupational therapy, she returned to the bobsleigh track. Heather first captured the nation’s attention in 2010 while standing on top of the Olympic podium with Calgary-native Kaillie Humphries. After setting start records all over Europe on the World Cup circuit, the electrifying duo made Canadian history on home soil at the 2010 Vancouver Winter Olympics after bombing down the track to Canada’s first-ever gold medal.

Heather decided to try track cycling part of her rehabilitation program to heal a serious ankle injury sustained in a rugby match. After clipping into pedals for the first time in June 2011 and riding on a track for the first time in September 2011, she earned a spot to represent Canada in the Pan-American Cycling Championships in Argentina in March 2012, making track cycling her third national sport for Canada.

In the summer of 2012, Heather was approached by the national rugby AND bobsleigh federations about the possibility of her returning to their respective sports in anticipation of major upcoming events. However, in November 2012, she had to undergo invasive hip surgery. To most, this would be a setback and a reasonable reason to exit sport, but for this bionic woman it was the ultimate challenge, and Heather was re-motivated with intentions of representing her country in both rugby and bobsleigh within that next twelve months. Not only did Heather return to both sports, but she amazed the world by overcoming her hip injury to be the fastest she had ever been, securing her spot back in the Canada 1 bobsleigh. Pushing Kaillie to countless World Cup podiums, there was nothing that this unparalleled athlete couldn’t do. Heather and Kaillie teamed up to successfully defend their gold medal at the 2014 Sochi Olympic Games in a thrilling come-from-behind victory on the final run which earned them the honour of carrying Canada’s flag into the Closing Ceremonies.

Regardless of whom Heather is pushing on the icy chutes or tackling on the rugby pitch, she has a track record of medal-winning performances and start records around the world.

Not only does Heather believe that sport is an amazing means to discover one’s potential in the face of challenges, but also that it is an ideal medium for development at the individual, community, and national levels. Demonstrating an innate desire to help those less fortunate, in the summer of 1998 Heather was the Program Director for a summer camp for people of varying disabilities. In 2001, Heather was selected to serve as a Disability Sports Program Officer with Commonwealth Games in Trinidad and Tobago. She developed and established a camp for children who are deaf or hearing-impaired from islands across the Caribbean called Camp ABLE (Active Bodies, Leadership, and Esteem). Heather remained in Trinidad and Tobago for almost three years doing other work with the Paralympic Association, Disabled People’s International, and the Trinidad and Tobago Rugby Union, before returning to Canada to do her Masters degree.

Giving back to her community and inspiring others is also an important part of Heather’s life. As she describes it, she may own the medals, but she won them for her country and wants to share them and her inspirational story with as many as she can. But beyond her many appearances and speaking engagements, Heather is involved in a number of fund-raising initiatives, has been a member-at-large for the Commonwealth Game Canada since 2002, an Athlete Ambassador for the charity Right to Play, has been named one of thirty-seven Athlete Role Models from around the world for the 2014 Youth Olympic Games, and is actively involved with Camp Triumph on PEI, a unique residential camp for children who have family members with chronic illness or disability. A proud Summerside native and Prince Edward Islander, Heather continually recognizes the extraordinary support that her hometown and home province gives her, and gives back as much as she can to the community that contributed so much to making her the person and athlete that she is today.

“Believe in the possibilities.” To some, it’s an inspirational quote, but for two-time Olympic Gold Medalist, Heather Moyse, it’s a way of life. Heather’s incredible record of excellence has caught the eye of many, and, as an exemplary role model in both sport and life, Heather is an inspiration to people of all ages, and stands as a symbol of what it is to be a true leader and champion.