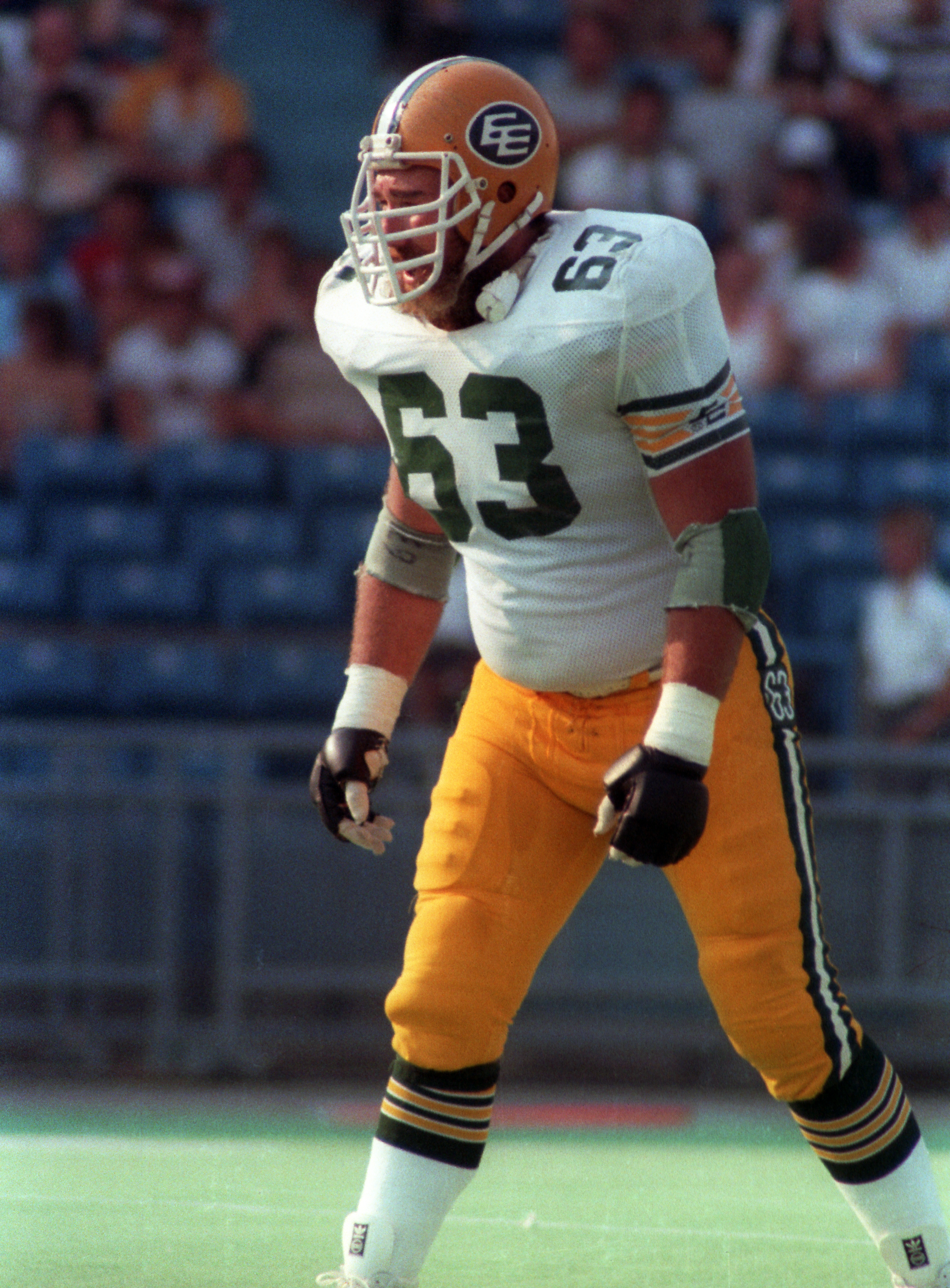 Hector Pothier began his football career in University and continued in the CFL as a member of the Edmonton Eskimos. He played for 11 years with the Eskimos and made his home in Edmonton. Hectors time with the Eskimos included being a part of 6 grey cup winning teams. He is currently the principal of Kameyosek Elementary School and has worked with the Edmonton Public School Board for 21 years…

Hector married his lovely wife, Louisa, in 1975 and Graduated from St. Mary’s University in 1976 with a BA in History and English. He then went on to McGill University where he received his teaching diploma in 1977. During his time at University, Hector received several football awards including the JP Metras Award as Top Lineman in the CIAU (1975), Four time All-Conference All-Star and All Canadian All-Star CIAU (1973 – 1976). Hector joined the CFL with the Edmonton Eskimos in 1978 and spent his CFL career with the Eskimos through 1989. He had 6 grey cup wins and received several awards including the CFL All Canadian All-Star and 2 time Western Conference All-Star Awards as well as the Tom Pate Award in 1987 for Community Contribution. Hector also continued his education, attending the University of Alberta in 1985 and 1986 taking 10 Physical Education Courses. One of his greatest accomplishments was in 1987 as he and his wife welcomed their beautiful daughter, Ayla into the world.

Hector has continued to remain active in the community as well as education of our youth. He coached for the North-East basketball association from 1999 to 2011 as well as working on the board as First vice president from 2007-2010. Hector was also the First President of the CFL Alumni in 2008 and worked on the Board of Directors for the Edmonton YMCA from 2000 – 2009 and remained an advisor to the Board in 2010-2011. Hector is also a member of the Knights of Columbus, St. John Bosco Church and is active in coordinating the annual children’s Christmas party as well as starting a Youth Group at St. John Bosco. He also acted as honorary chair for the Salvation Army Annual Fundraising Campaign, past president at the Thistle Curling Club where he started the junior curling program. A great joy for Hector was the ability to start a High School Football team at J. Percy Page. He has also enjoyed the opportunity to be the MC for the Annual Edmonton Hip Hip Hooray Walk for Orthopaedic Research since its inception 15 years ago to 2008.

Hector looks forward to serving his community and being a part of local events in the years ahead.