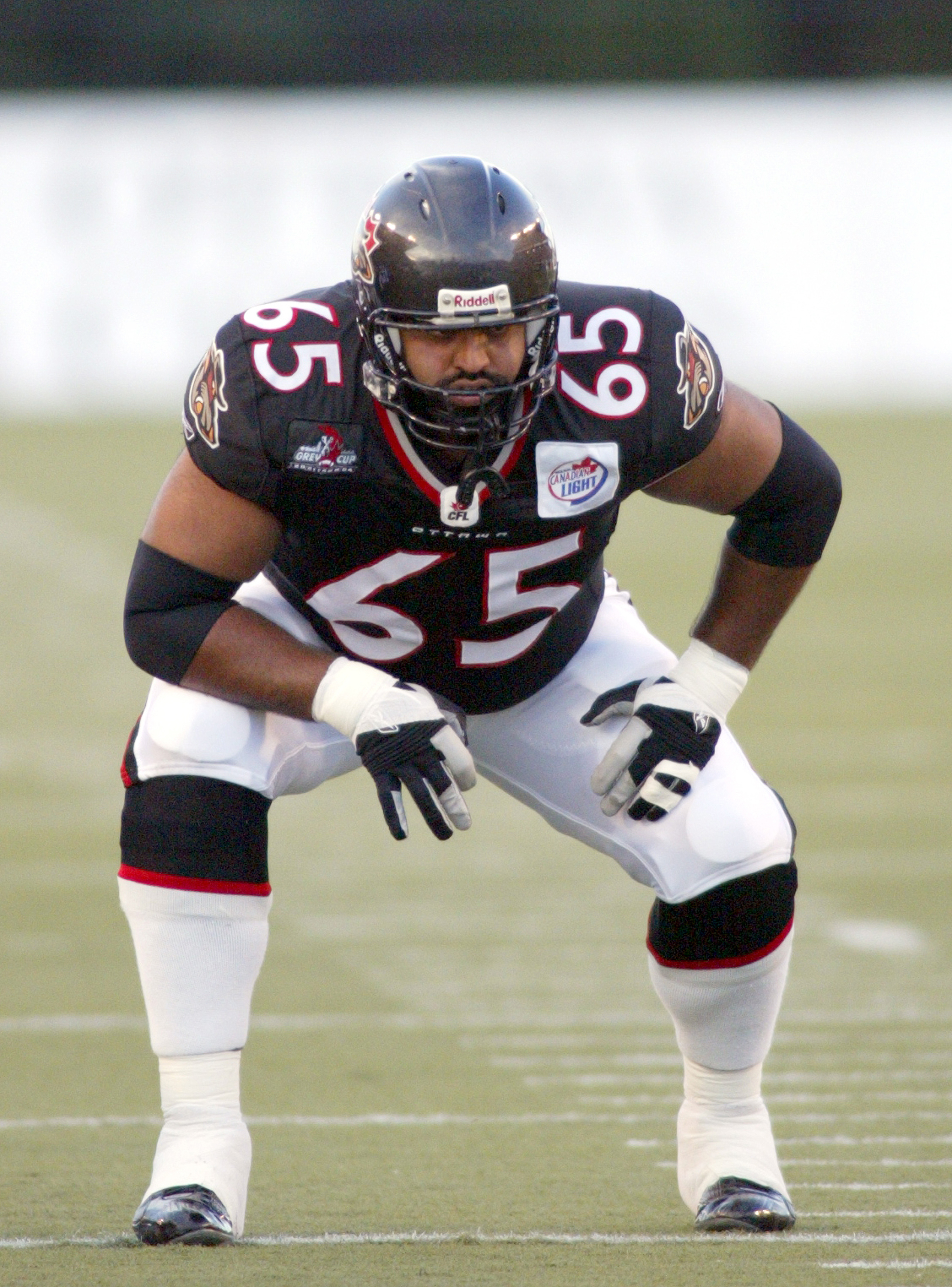 Obby began his college football career playing CIS football with Simon Fraser. He won the J. P. Metras Trophy as the top lineman in Canadian university football in 2003. Obby was one of only three Canadians to participate in the 2004 East-West Shrine Game, an all-star game for graduating college players, mainly from the United States.

Ibrahim was selected in the first round (second overall) of the 2004 CFL Draft. He played for the Ottawa Renegades in 2004 and 2005. He was one of the Renegades most versatile offensive linemen, with playing time at guard, centre and tackle.

In the 2006 CFL season, the Winnipeg Blue Bombers acquired him as their first selection in the Ottawa Dispersal Draft. He was the only member of the Blue Bombers’ offensive line to start all 18 regular season games as well as the football club’s East Semifinal contest with the Toronto Argonauts. His contributions to the team did not go unnoticed; he was recognized in the CFL’s post-season awards as the Bombers’ nominee for Outstanding Offensive Lineman.

On April 25, 2012, Obby officially announced his retirement after eight seasons in the Canadian Football League.

Obby now owns and operates Shawarma Khan Restaurant in the city of Winnipeg, as well as a concession stand at the Investors Group Field – home of the Winnipeg Blue Bombers.