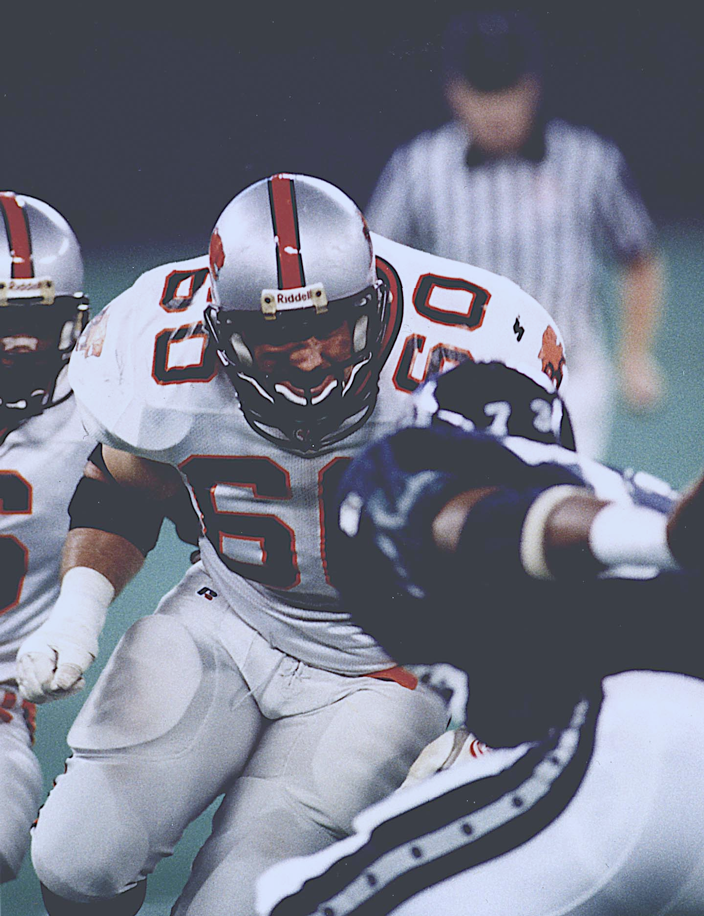 Jamie Taras returned to the Lions in 2008 as the club’s Director, Community Relations following a 16 career as a player spent entirely with the BC Lions (1987-2002). Over the course of an exceptional football career, Taras would epitomize excellence and leadership both on and off the field, compiling numerous awards and honours during his time spent wearing a Lions uniform….

A two-time Grey Cup champion, an All-Star and outstanding Lineman nominee, Taras would be frequently recognized by the league for his outstanding play and community involvement. After Lui Passaglia, Taras is the all-time leader in games played in a Lions uniform. The former team captain, is a member of the club’s 50th season all-time dream team and one of only nine players on the Lions Ring of Honour.

Jamie and his wife, Jennifer, along with daughter Sydney and son William reside year-round in White Rock, BC. In addition to his work with the Lions, Jamie is on the board of directors for Big Brothers of Greater Vancouver and coaches youth football and rugby. In 2006, Jamie was honoured with a Volunteer Vancouver Award for his tireless community involvement.