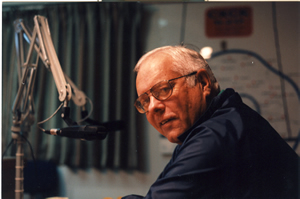 John “Frenzy” Lynch has been a leader in sales/marketing and sports media for many years. John began covering CFL football in 1969. In 1974, he began doing on field reports for CKCK radio broadcasts. In 1976, he became the color commentator on all Roughrider broadcasts. He was the color analyst until 1986 when he began a television career hosting “In the Huddle”, which can be seen on Access Communications and other stations throughout the province. In 1994, John joined CKCK radio as their Sports Director until 1997. Mr. Lynch returned to the Roughrider Radio Broadcast in 1999 and has been part of the broadcast team for the Roughrider pre-game show and co-hosts the Roughrider Round Table post-game show. John was inducted into the Saskatchewan Rural Sports Hall of Fame in 2003. John has a Bachelor of Commerce degree specializing in marketing. He has over 43 years experience in the marketing profession. He was Saskatchewan District Manager for R.L., Crain Business Forms, Motorola, and Loomis Courier.

John has done it all from communications to sales management. He has developed a top notch presentation called the “Lynch Method of Prospecting for New Clients” which he has presented to many companies over the years.

John and his wife Margie make Regina, Saskatchewan their year round home. John is very active in the community and brings his experience both in the business and sports media field to the forefront through his presentations.

“Mr. Lynch was fabulous, he was just the emcee we were looking for – funny yet well spoken with some great inside info on the Riders and their upcoming season. He did a great job of keeping us on schedule and was great about “rolling with the punches”! Many thanks to Mr. Lynch for his participation as well as to yourself for coordinating it.”