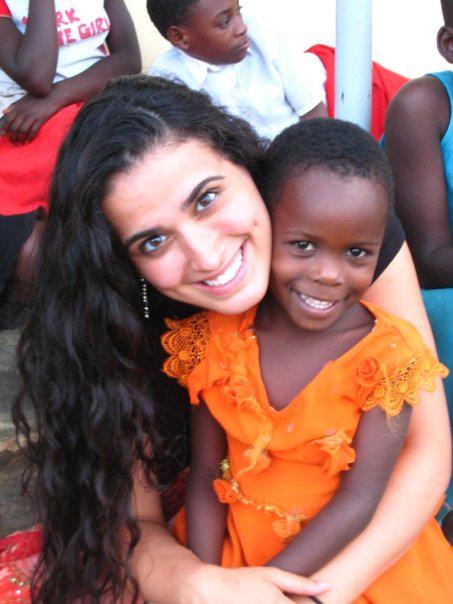 Born in Seattle, Washington Kaya spend most of her life in Oregon where she was raised by her mom, Sharon, and grew up with two younger brothers. She loved living near the coast and spent hours upon hours at the beach, walking with the sound of the waves crashing, dreaming BIG dreams.

Kaya’s diverse education included home schooling, private schools, public schools, community college and university. She attributes a lot of her growth as a young woman to her experiences learning to be flexible and relating to many different cultures of people in unique environments. An important moment in her life happened at the young age of eight as she watched a video through the ABECA Home Schooling program and heard a lady tell the story of the prodigal son and invite viewers to become a child of the living God which she did!

Music is also one of Kaya’s passions and she has always loved to perform and connect with people. Her first solo in a major production was in The Music Man at The Coaster Theatre at the age of twelve. From that moment on Kaya loved the stage and became involved in many theatrical productions such as West Side Story (Maria), Music Man (dancer), The Christmas Carol ( three different years playing the three characters Belle, Daphany, and a dancer), The Importance of Being Ernest (Cecily), Fame (Coco), The Quilters, and Once Upon a Mattress (understudy). She also I also became involved in a range of other activities including singing, worship bands, dancing (belly dance, ballet, jazz, and ballroom), sports, Rotary, and in High School Dale Carnegie classes for which she later became an assistant teacher. As Kaya entered High School she excelled in her education as well as Cheerleading and her continued passion – Acting.

Two months after turning 17, Kaya graduated and enrolled in Clatsop Community College. While looking into possible scholarship opportunities she attended an interview to discover the scholarship programs that are a part of the Miss America Pageant. She tried out for the local pageant to be Miss Clatsop County 2006 and won! This allowed her the opportunity to be involved in local events, fundraisers, parades and outreach events. Kaya quickly realized she could influence others in a positive way and become a great leader! It was through her training in preparation for the Miss Oregon Pageant. That she learned the importance of having a mentor and just how important it is to be able to answer the question “tell me about yourself.” Kaya worked hard to answer that very question and overcome her own fears and nervousness. She was successful and placed Top 10 for the state of Oregon.

Since that time, mentoring others become a huge passion of Kaya’s life. She became a mentor at Warner Pacific College and the Campus Worship Coordinator, a Big Sister in the Big Brother Big Sister program, a camp mentor for VOCA (Victory Over Child Abuse), a middle school youth helper at North Coast Family Fellowship and middle school girls counselor at Camp Tadmor and worked as an Assistant teacher for The Dale Carnegie Method for Public Speaking Mastery where she was able to mentor adults about public speaking and communication skills.. Kaya also had the opportunity to teach music theory to orphans in Uganda which changed her life and taught her a lot about the importance of being a mentor.

After graduating from Clatsop Community College in 2009, Kaya attended Warner Pacific College where she became heavily involved in the worship program. She also continued to compete in pageants where she won a second title as Miss Washington County in 2009 and placed top ten again in the Miss Oregon Pageant. For her platform Kaya chose “Freedom Through Mentoring” because children need role models in their life to support them through good and tough times and they need mentorship to be able to grow their dreams into reality. She believes that freedom comes when we feel like nothing is holding us back, and fear is no longer a part of our decision making! Mentors have an opportunity to bring freedom to children.

During her final school year, Kaya became the worship arts leader for Warner Pacific and was in charge of helping others in organizing services, communicating with pastors and speakers, mixing in the styles of music with the many styles and levels of singers and musicians. She was also a worship leader intern for a church of a couple thousand in Portland, Oregon called New Hope.

Kaya’s pageant journey ended in 2010 after her year of service in the community as Miss Washington County. She also graduated from Warner Pacific College with an Honours Music Bachelor of Arts degree in 2010 and decided not to compete again for the title of Miss America after meeting her future husband Michael. Kaya and Michael’s vision for their future Spiritually, Financially, Socially, Emotionally and Physically became unified quickly and after much prayer and having communicated for 10 months they were married and Kaya moved to Canada! For more on their journey together and amazing wedding have a look at their website: www.mywedding.com/michaelandkaya/

Since a very young age Kaya has been entreprenuerly-minded and always loved the idea of being involved in personal growth, developing excellence and leadership in all areas of life, mentoring other entrepreneurs and being involved in people’s lives in a positive way. She enjoys singing, writing, composing music and modeling. She also loves coaching young woman and that includes being a pageant coach for Miss Teen Regina-World 2011, Miss Danielle Furneaux, who placed 4th in Canada out of 74 contestants! kayashereenpalmer.blogspot.com

“Michael and Kaya Palmer visited our congregation last Sunday. Kaya’s testimony and song together with Michael’s story and challenge from the Word electrified our congregation-and no one was in a hurry to go home. As a pastor I also appreciated their engagement with children, youth and adults as they mingled with them before and after the service.
We were privileged to have them in our home. They were very gracious guests marked by vulnerable honesty and a wonderful humility. I’m confident God will continue to use them in His service.”