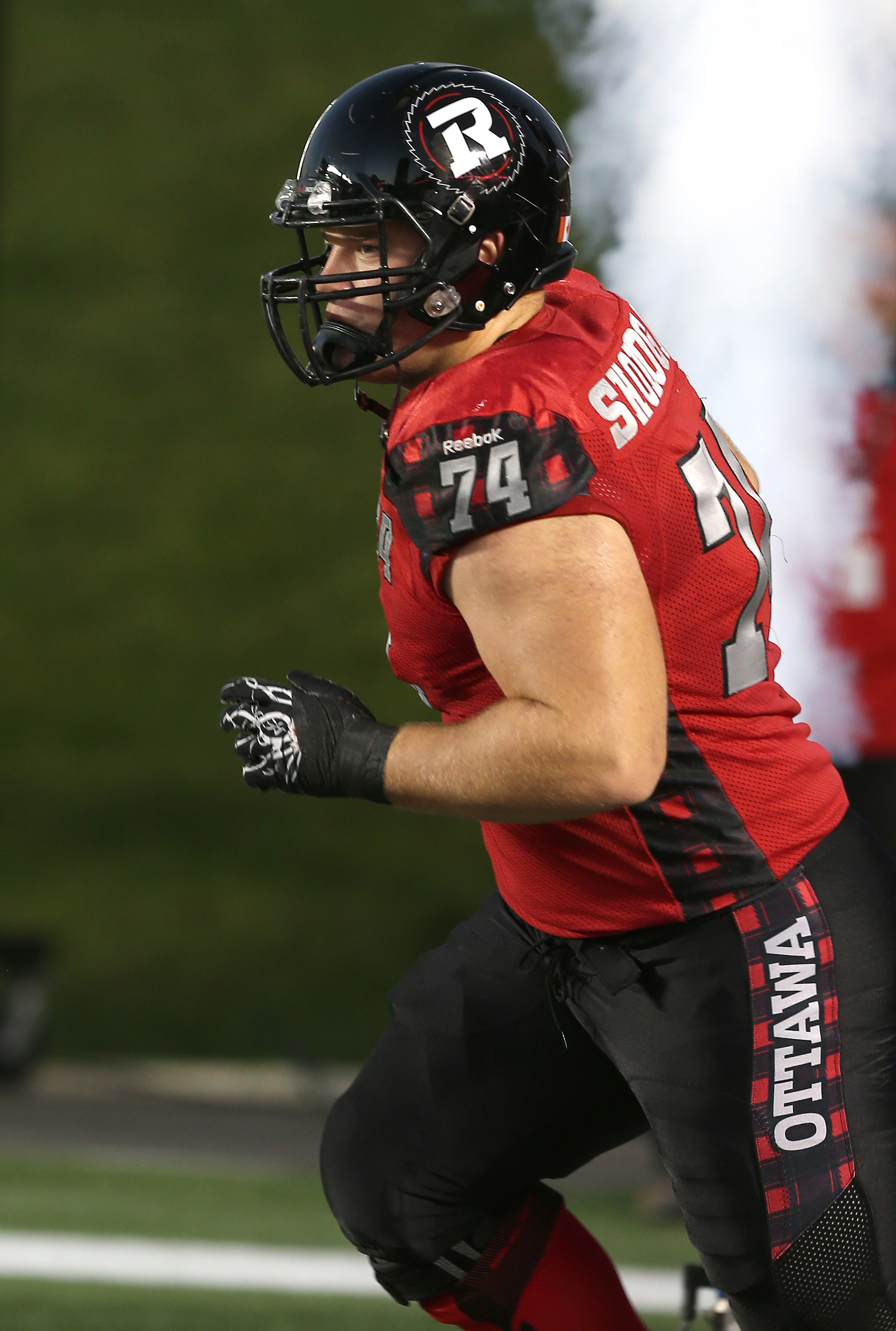 Keith Shologan was born and raised in Alberta on his family’s cattle ranch. His life was profoundly changed at the age of 15 when his two younger sisters died in a tragic car accident. Keith, his older sister, brother and parents’ incredible faith and bond gave them strength; and while football had always been a welcome diversion, it now became a light in their lives as Keith played his high school years at Spruce Grove Composite High School. Keith was a hard working, sizeable and skilled player who became one of Canada’s most highly recruited high school players. He earned a scholarship to the University of Florida, where he started all four years on the Knight’s defensive line and participated in two Bowl Games. In his senior year, Keith recorded 33 tackles and 2.5 sacks earning him the All-Conference USA second team honours.

In 2008 he was Drafted by the Saskatchewan Roughriders in the first round – fourth pick. As a free agent he signed with the San Diego Chargers and attended the Chargers training camp. After being cut from the Chargers, Keith signed with the Saskatchewan Roughriders and joined them in week eight of the season appearing as a backup defensive lineman in a game against Edmonton that year. Shologan was considered a “stand out” by the coach at the Riders 2009 training camp and scored his first CFL touchdown as a tight-end on August 16th against the Hamilton Tiger-Cats. Keith had 27 tackles and 3 sacks in the 2009 season. In 2010 he started in all 18 regular season games, both play off games and the Grey Cup game at defensive tackle. Making two defensive tackles and two quarter back sacks in the Grey Cup game, Keith was named the Most Valuable Canadian in the Grey Cup. Again in 2011, Keith started all 18 regular season games at defensive tackle and finished the season with 26 defensive tackles, two quarterback sacks and two tackles for a loss. Keith , nicknamed “Sholo”, is a newlywed and resides with his lovely wife in Regina during the offseason as well. Football is an important part of Keith’s life but he also loves being an active member of his community and province, attending many charity events throughout the province.