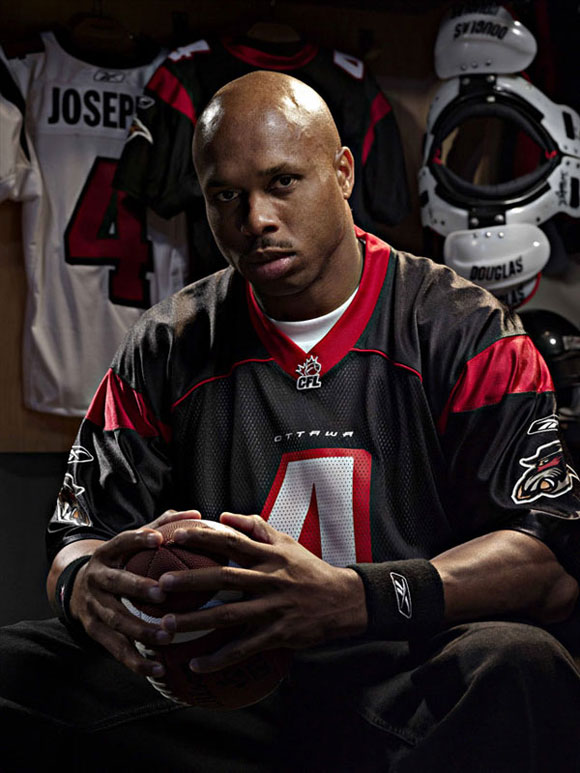 Kerry current plays quarterback for the Edmonton Eskimos. He and his wife, Courtney, make their home in Louisiana. KJ was born in New Iberia, Louisiana and attended McNeese State where he was named MVP his senior year.

Kerry’s pro career started in 1996 with the Cincinnati Bengals. In 1997, while with NFL Europe’s London Monarchs, KJ made the switch from his natural position of quarterback to safety. In 1999, Kerry went back to the NFL where he played 3 seasons with the Seattle Seahawks as a safety. In 2003, Kerry came to Canada where he return to the quarterback position with the Ottawa Renegades. When the Renegades folded in 2006, he was selected 1st over by the Saskatchewan Roughriders in the dispersal draft.

Kerry helped lead the Saskatchewan Roughriders to the 2007 Grey Cup, winning the CFL’s Most Outstanding Player award, as well as the CFLPA Pro Player of the Year. Following the championship, Kerry was traded to the Toronto Argonauts where he played for 2 seasons, before joining his current team, the Edmonton Eskimos.

During his time in Saskatchewan, Kerry dedicated his time to numerous charitable efforts, most notably KidSport, helping underprivileged children play sports in the province. Kerry’s speaking topics include spirituality, leadership, and motivation. He looks forward to meeting with you and group to share his stories.