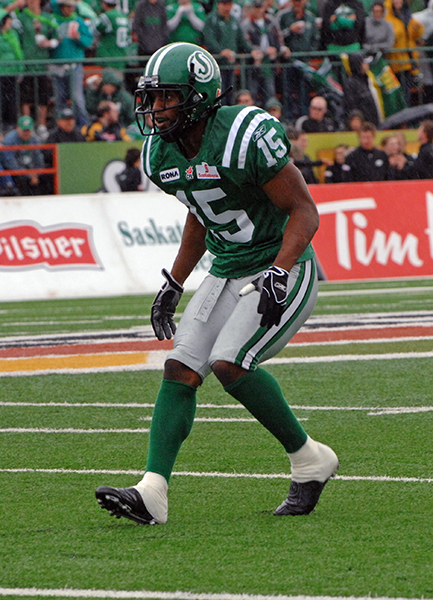 Lance grew up in Delray Beach Florida, the oldest of three boys. At the age of seven his dream to become a pro football player began to manifest as he started playing little league football. He started as an offensive tackle and middle linebacker. Once Lance stop growing and thinned out, he became more of a Running Back type. After a successful Pop Warner youth football experience, Lance attended Spanish River High School where he was a three year starter as a Running Back, Wide Receiver, and Cornerback. He was awarded the honour of being team Captain in his last two years and MVP in his last season.

Lance was fortunate to accept a full scholarship to West Virginia University and enjoyed 5 years in Morgantown as a 3year starter at corner back! He made three Bowl game appearances (Music City Bowl, Continental Tire Bowl, Gator Bowl) winning one (Music City) as well as one conference championship (Big East’03) . The 2003 season was a special one, being his senior year, he was a first time team captain, a Big East Champion, and made it to the school record books with the highest punt return average in one season at 20.3 as well as being 2nd on the all time career pass break ups list!

As an undrafted free agent in 2004, Lance found himself in Baltimore with Ray Lewis and the Ravens. As a long shot to make the team he played his way into a practice roster spot which was an opportunity to develop and possibly play on to the active roster. In week five of the 2004 season that is just what happened but surprisingly it was with another team. The Dallas Cowboys showed serious interest and Lance ended up playing in twelve games starting in eight. The following season he was injured in training camp and found himself in an injury settlement and out of the league. He was later signed by the Seattle Seahawks, at the end of 2005, and allocated to the Cologne Centurions in Europe. Lance played one full NFL Europe season and returned in time for the 2006 Seahawks training camp. He was a part of the second round of cuts and on the verge of calling it a career when out of nowhere a call came in from the Saskatchewan Roughriders! The rest is history as Lance has enjoyed an illustrious career with the green and white including three Grey Cup appearances, one Grey Cup Championship, and tons of wonderful memories. In his last season, Lance had the honour of being a team captain and the head CFLPA representative (Players Association Player Rep) on the team. It’s always an honour when your peers, the men you share blood, sweat, tears, sacrifice, joy, success and defeat with, hold you with such a high esteem at the highest level in your career!

Today Lance spends his time between Saskatchewan and Delaware, which is where his Fiancée and two children reside. While in Canada, he works for Ensign Energy an oil and gas company. You can also see him making guest appearances with Derek Myers on Global Regina as a sports analyst as well as hear him on weekly radio shows with Rod Pedersen and Luc Mullinder on 620CKRM.