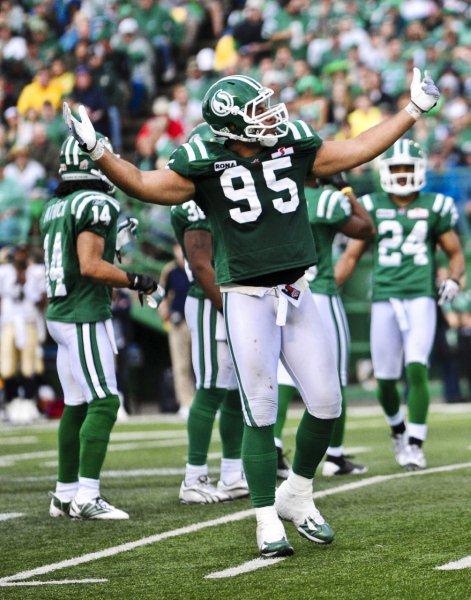 Born in Auckland, New Zealand, Luc and his family migrated to Canada when he was 9 years old. After excelling in a number of sports while growing up in Mississauga Ontario, Luc graduated from Applewood Heights Secondary School, and accepted a full scholarship to play football at Michigan State University.

In 2004 the proud Spartan was drafted 35th overall by the Saskatchewan Roughriders and spent the next 7½ seasons, on the field, playing a major role in the organization, competing in three Grey Cup Championships including the 2007 Grey Cup Championship team. After a brief stint with the Hamilton TiCats, and spending a season with the Montreal Alouettes, Luc retired a “Rider” prior to the start of the 2013 season, ending an exciting nine-year career.

While he was with the Roughriders, Luc began working with the Canadian Red Cross in Saskatchewan, and helped develop one of its hallmark programs the “Imagine No Bullying Campaign.” The campaign provides schools and communities the resources and education that has helped changed the culture around bullying throughout the Province.

Today, the Imagine No Bullying campaign is one of the most successful social programs in Canada, and Luc has overseen its growth in impact and fundraising. By 2019, the Red Cross will have reached its goal of reaching every student in Saskatchewan.

Luc is currently the Manager of Corporate Affairs for the Canadian Red Cross in Saskatchewan, as well as the Lead Football Analyst on The Sportscage with Rod Pedersen via 620 CKRM. He also holds the same role with Riderville.com’s media team.

Being a Saskatchewan Roughrider provided Luc with incredible opportunities to grow spiritually and professionally. Since retiring, he’s coached at all levels of grassroots football including two seasons as Dline Coach with the Regina Thunder Football Club. Luc is also a committed Motivational Speaker, that focuses on Leadership, Team Building and dealing with Sudden Change.