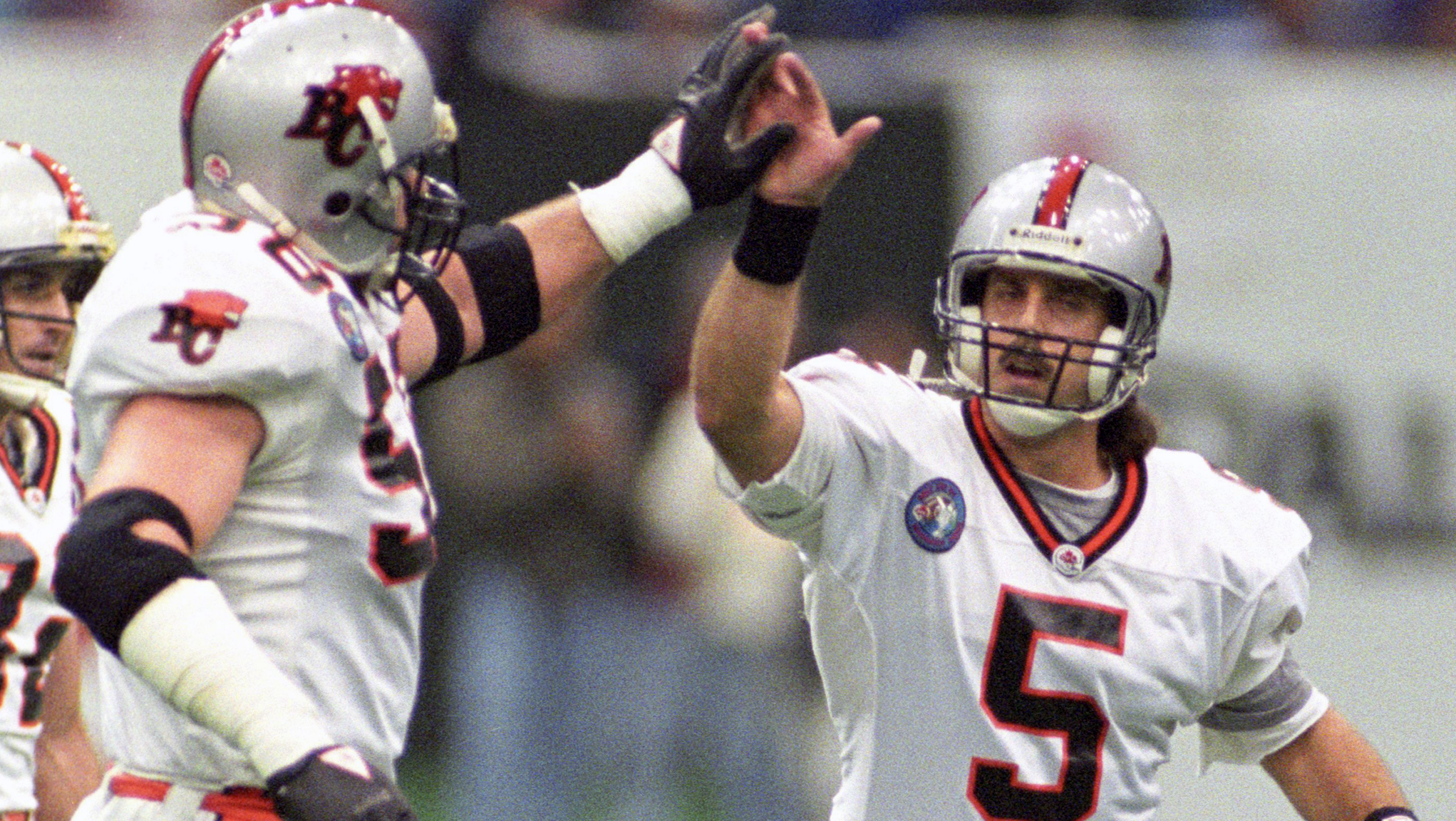 Lui Passaglia played his college football at Simon Fraser University in British Columbia. At Simon Fraser, he played wide receiver as well as kicker/punter. Lui recorded 175 career points, won All NAIA District 1 honours twice, and was named an All- Northwest All-Star. Lui was the fifth-overall selection of the BC Lions in the 1976 CFL season Canadian College Draft, as a kicker and wide receiver.

Lui caught a 10-yard touchdown pass in his first CFL game on July 22, of the 1976 CFL season against the Saskatchewan Roughriders. His only other career touchdown came on a one-yard run in his final home game at BC Place Stadium, on November 4, of the 2000 season, again against the Roughriders. Between those two touchdown “bookends,” Passaglia arguably became one of the most consistent performers in Lions’, CFL, and professional football history.

Lui retired from the CFL following the Lions’ 28–26 88th Grey Cup victory over the Montreal Alouettes in the 2000 season, where he kicked the winning points in the game. In the 2003 season, Lui was voted a member of the BC Lions All- Time Dream Team, at the kicker and punter positions. In November 2006, he was voted #30 of the CFL’s top 50 players of the league’s modern era by Canadian sports network TSN.

Lui last-second field goal in 1994’s 82nd Grey Cup game at BC Place, which clinched the championship for the Lions over the Baltimore Football Club, was named the greatest play in BC Lions history in 2007.

Lui was inducted into the Canadian Football Hall of Fame in 2004. Following his years playing with the Lions, Lui worked for seven years as the Lions director of community relations. He currently devotes his time to his family property development business.