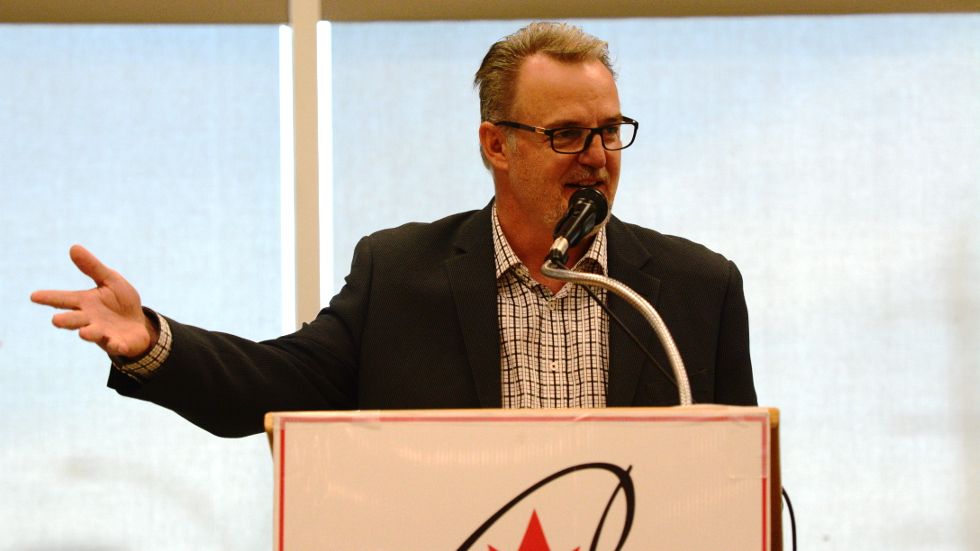 Marc Habscheid has had much success during his hockey career both as a player and coach.

The personable Habscheid is known throughout the hockey world for his dedication and preparation.

Known as a team player who never forgot his roots, Marc played 345 regular season games in the NHL with Edmonton, Minnesota, Detroit and Calgary. The Swift Current native registered 72 goals and 163 points during his time in the NHL. He also had success in the minor leagues and as a member of Canada’s National Team.

As a keynote speaker, Marc will share his hockey experiences starting with his time with the Saskatoon Blades in his junior career to sharing a NHL dressing room with Wayne Gretzky.

Marc, will entertain you with unique stories about playing on the first Canadian Team to win the world juniors, moving 65 times during his playing career and how his kids went to 10 schools in 12 years. Aw well Marc is the only person in hockey to play and coach in Olympics, World Juniors, World Seniors and the NHL.

Comfortable behind the bench, at the podium or in a corporate board room, Marc intertwines his leadership beliefs, the importance of teamwork and goal setting with stories from the dressing room. His presentations or seminars make for an interesting, informative and inspirational night for hockey fans of all ages.

Marc credits his parents, who emigrated from Luxembourg, for teaching him the values of being humble but not timid and confident but not cocky. For Marc, it’s not just about hockey, it’s about building people, a message he delivers like a champion every time he speaks.