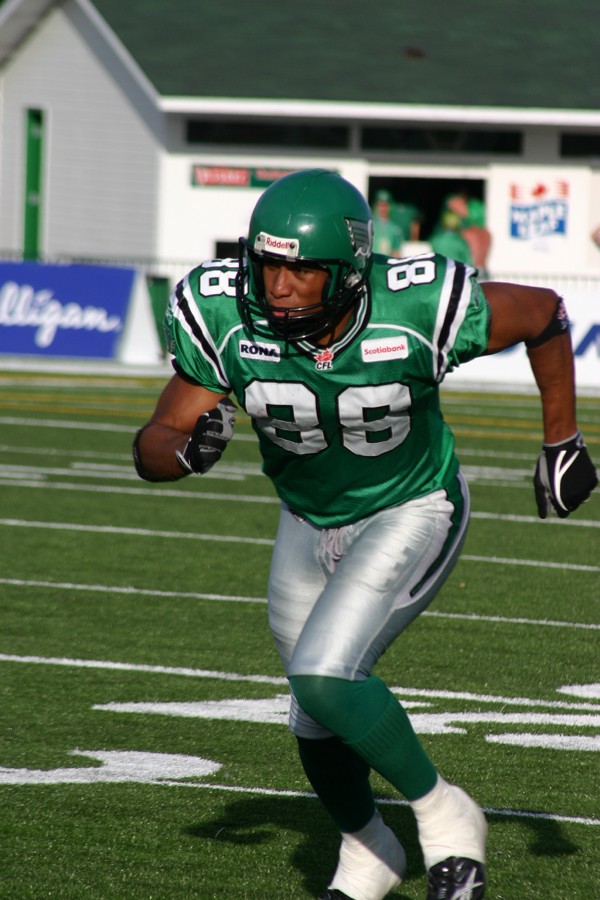 After University Matt was a member of the Denver Broncos, he spent 2001 on the active roster and was sidelined in 2002 with his first knee injury. In May 2003, Matt moved to Regina, Saskatchewan to play for the Saskatchewan Roughriders. He played five years with the Green and White becoming a top notch CFL receiver and fan favorite. In 2006, Matt was named a West Division All-Star and in 2007 he was part of the Grey Cup Championship Team.

Although Matt has faced challenges and adversity on the field he has not lost his faith and he continues to see all the good that God is doing in his life. He has spent a lot of time ministering with AIA (Athletes in Action) at speaking events, chapels, dinners, youth events, churches, basketball games, etc.

Matt is the owner/operator of Better Homes and Gardens Prairieview in Regina, SK

Matt met his wife Jennifer at Sam Houston State University and was married on April 26th, 2003 in Austin, Texas. Matt and his wife Jennifer, and their three beautiful children, Matthew, Victoria, Marcel make their year-round home in Regina.

“Matt provides a powerful and inspirational presence with his ability to remind us of what is truly important in our lives – Faith, Family and Community. He makes a personal connection with his audience, whether young or old, sharing his life journey and the importance of his relationship with God. Matt is a true role model for today’s youth and for all who strive to be the best that they can be.”

“We’ll be honest, when we decided to go with Mr. Dominguez for our 2011 Fundraising Dinner, some questioned why we wouldn’t go for a current player. Well, after hearing Matt speak, it’s safe to say many were pleasantly surprised – and very impressed. Besides sharing football antidotes from his days as a Roughrider, Matt shared stories of work he’s done on the radio. Perhaps most inspiring was the message Matt shared of being grateful for what life has to offer. While Matt’s presentation provided many laughs, it also made you think about your life and never taking for granted what you have.”

“Matt Dominguez was the highlight of our first camp jamboree. He joined us for the afternoon, pig roast meal, signed autographs & shared some of his life story. His message was a clear testimony of God’s work in and through the good & tough times. His former SK Roughrider career added much to our day; as many wore green in his honour. The day was fun, meaningful & considered a success by all!”

Matt is an outstanding speaker. His presentation was excellent. Our feedback from the attendees was very positive regarding his remarks. He was professional, humorous, very polished, and had a great message.

“Mr. Dominguez immediately engaged the students. His message was clear and he was able to keep everyone entertained throughout. Mr. Dominguez touched on things that all of the students, K – 12, could relate to. His personable nature and natural rapport make it easy to recommend him for future speaking engagements”.

“Matt Dominguez spoke at our Annual Fundraising Banquet in November 2014. He became prepared not only on the topic we asked him to speak on but also on our organization. Matt kept the audience’s attention with his stories and jokes. Matt was able to share experiences from his own childhood to examples of what our program is doing in Regina. By Matt sharing his faith with the audience he helped to build a very successful evening for the fundraiser”.