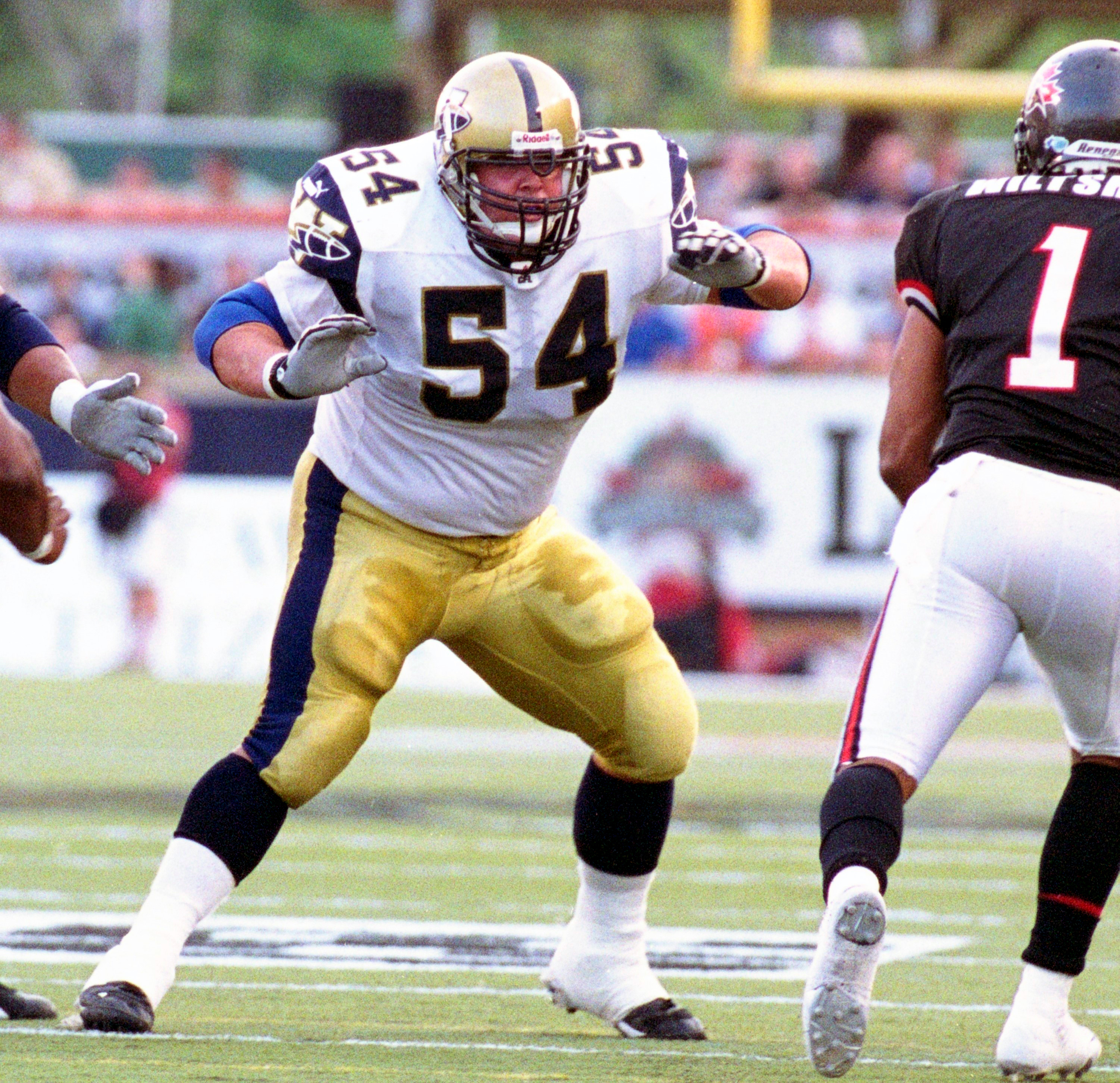 Matt Sheridan used his fierce competitive nature to carve out an eight year CFL career after being selected in the 6th round of the 2000 draft by the Winnipeg Blue Bombers.

In addition to playing in 87 regular season games, five playoff contests and two Grey Cups, Sheridan was also nominated as Winnipeg’s Most Outstanding offensive lineman in 2004 and 2005. In 2007, Sheridan anchored the Bombers’ offensive line that gave up the fewest quarterback sacks (27) in the CFL awhile helping running back Charles Roberts rush for 1,379 yards and 16 touchdowns.

During his career, Sheridan was known for combining his football ability, team camaraderie and extraordinary community efforts. Sheridan has donated countless hours to local charities including Manitoba Special Olympics, Winnipeg food bank and the Raise-a-Reader program.

Sheridan enjoys speaking to a variety of groups and his story is both humorous and inspirational. The lessons life in the CFL taught him about teamwork, courage, dedication, desire, honesty and forgiveness, and goal setting are his “Six Keys to Success”.

Thriving in extreme conditions, building stronger relationships and increasing your team’s performance are the leadership trademarks that lead to Sheridan’s success in the CFL.

Sheridan tailors his presentations to his audiences. This ensures he provides a teaching and inspiring message that sends his audience home with a renewed commitment to their goals.