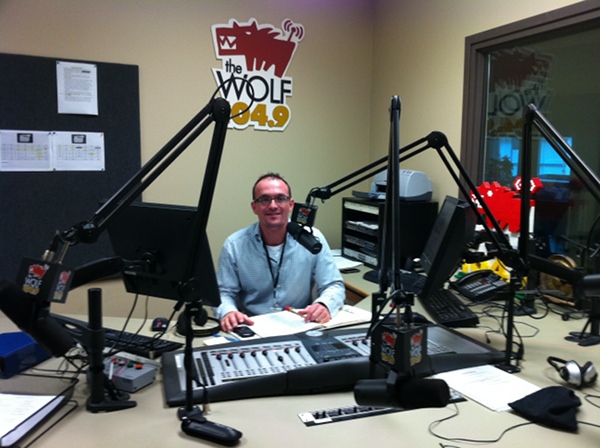 Ballsy comes highly recommended as an emcee.  His off the wall presentation will not only entertain your guests, it will also keep them on the edge of their seats as you are never sure what he will say. But you can be assured it will be funny.

Michael is also very community minded as he shares his time with various local and provincial charities and fund raising events such as Stix on Rose, Palliative Care Saskatchewan and boxing cards that support inner city youth.

As an Emcee, Ballsy will also help with any fundraising auctions or door prize giveaways. His off the wall humour and ability to ad lib helps every organization maximize their fund raising efforts.

When you want a clever, funny and engaged Emcee, Ballsy needs to be your first choice.  You can be assured there will never be a dull moment

” It was terrific, he was very involved, great at ad-libbingg. Very good with door prizes, super with the humor. Definitely a keeper. “

“We had the privilege (yes, I mean privilege) of having Mr. Ball emcee our 2011 fundraising dinner. Those who attended our dinner are already asking if we’re having him back next year. That easily sums up the job he did. Michael had the crowd in his hand from the time he was introduced until the evening ended. Michael is clever, funny, and quick with the jokes. And during a break in the evening, when I asked Michael if he thought everything was going okay, he asked if our committee was satisfied how the evening was moving along. He wanted to make sure we were happy with the job he was doing.  I highly recommend Michael as an emcee. You can bet there will never be a dull moment.”