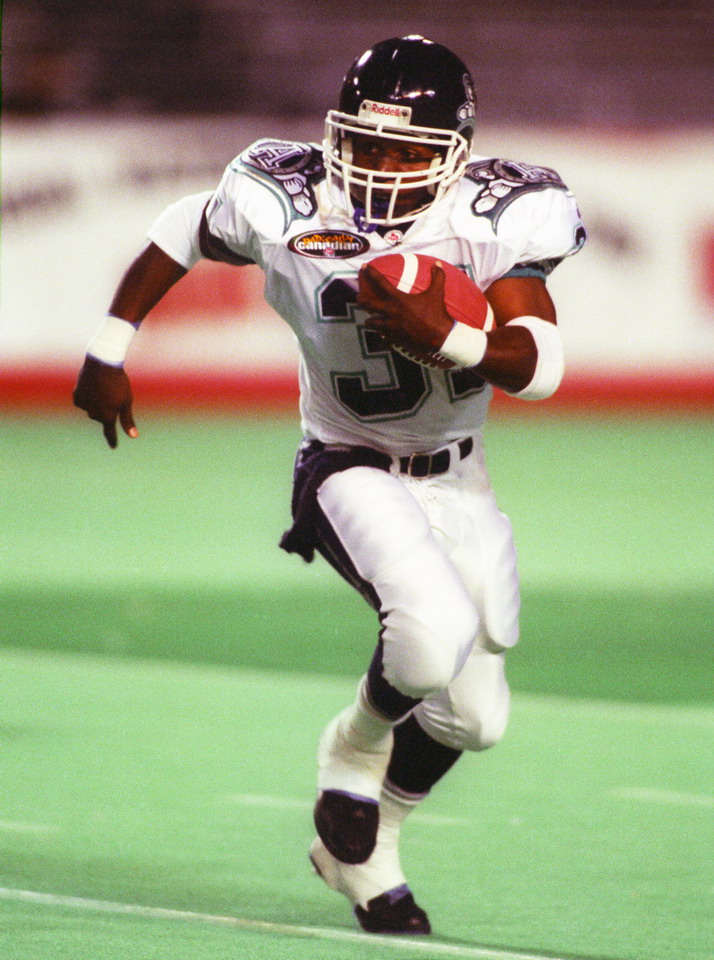 Michael “Pinball” Clemons was born January 15, 1965 in Dunedin, Florida. A William and Mary College economics graduate, he signed as a free agent with the Toronto Argonauts in June, 1989 after a brief stint with the Kansas City Chiefs of the NFL. In his first game as an Argo, he was named player-of-the-game with two kickoff returns for 62 yards and five punt returns for 46 yards.

His coach, Bob O’Billovich, started calling his dynamic running back and returner “Pinball” because of his knack for bouncing off would-be tacklers. In just his second year, Pinball set a single season record amassing 3,300 all-purpose yards. In 1997, Clemons surpassed his own mark when he recorded 3,840 all-purpose yards, a record that still stands today. He also holds the career record for combined yards with 25,438. Both are both pro-football records.

After a phenomenal career, Pinball retired in 2000 and immediately stepped into the head coaching position which he held until November, 2001. After a brief period as the club’s President, Clemons again took over the head coaching job from 2002 to 2007. He now serves as the Chief Executive Officer of the Toronto Argonauts.

He has been recognized by many organizations for his work with charities, schools and other community groups. In 2005, he was an integral part of launching The Argos Foundation –- Stop the Violence. In February, 2006, Clemons was named Chair of the Youth Challenge Fund by Ontario Premier Dalton McGuinty. In 2007, he fulfilled a long-time ambition by launching the Michael “Pinball” Clemons Foundation which is dedicated to helping disadvantaged youth.

“American by birth but Canadian by choice”, Clemons and his wife Diane, along with their daughters Rachel, Raven and Rylie, live in Oakville, Ontario.

Speaking topics All Heart, The importance of Team Work, Winning Against the Odds

bio courtesy of the CFLHOF