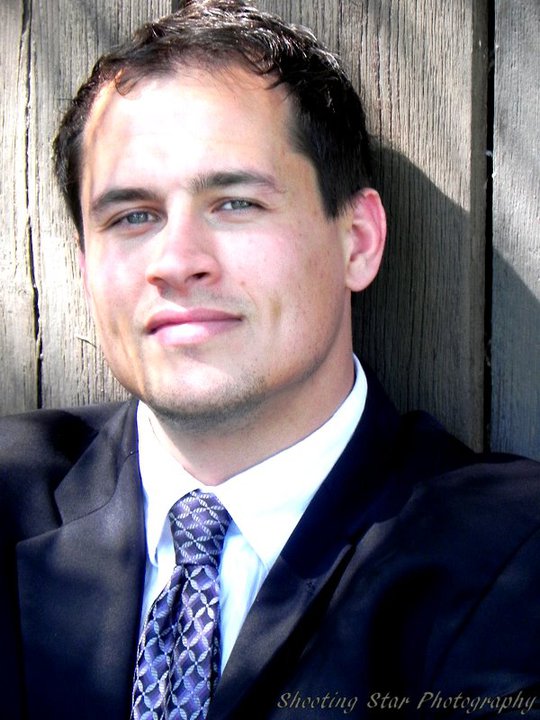 Michael Palmer was born on October 31st, 1980 in Richmond BC. Beginning in the Fall of 1999 at the University of Guelph, Michael studied a broad number of subjects including Human Kinetics, Psychology, Economics and Philosophy. He also began his football career playing with the University of Guelph Gryphons and was a two time OUA First Team All-Star at Wide Receiver and Kick-off Returner in 2001 and 2002. Michael was named an All-Canadian Second Team All-Star at WR and awarded both the Gryphons’ Rookie of the Year and MVP awards. Midway through 2000 he also began to focus more on his Philosophy studies, feeling that it challenged him to begin thinking “out of the box”, and expand his thoughts and views on many things. Michael graduated in the summer of 2005 with an Honours Philosophy Bachelor of Arts degree.

During his years of study, Michael was also drafted (2003) by the Toronto Argonauts, and played with the Argos from 2003 to midway through 2007, winning a Grey Cup along with Kent Austin and Ken Miller, the Offensive Coordinator and Offensive Line Coach, in 2004. In 2007 he was brought to Saskatchewan by coach Kent Austin and Ken Miller to play with the Roughriders. Michael was a major contributor right from his arrival, through the season and into the 2007 Grey Cup Championship. He continued to play with the Riders through 2008, before retiring prior to the 2009 season.

Michael also has a strong connection with his Faith and it has been a huge factor in his life. He enjoys talking and sharing many aspects of his Faith with others. Michael has been fortunate to be a part of many Faith- functions and speaking events over the years.

Now an entrepreneur and professional motivational speaker, Michael focuses on topics including “The Importance of Having a Dream”, “Personal Growth”, “Leadership”, “Anti-bullying”, “Attitude” and “Believing in Ourselves” to name just a few.

In 2010, Michael met his wife Kaya and they make their home Regina, SK . For more information please have a look at their website, www.ChampionsInLife.ca, for which their mission statement is; We are Equipping, Empowering and Encouraging People to Build Their Lives into Their Dreams.

“As he spoke, you could have heard a pin drop, the student’s eyes and ears were glued on him and what he had to say. He effectively connected with the students by relating to common challenges, experiences, family and sports. He encouraged the students in their Christian walk by giving them some easy, practical steps to follow. The kids were pumped. When his presentation was over, he took the time to shake the students’ hands and look them in the eye as he shared a personal and encouraging word, making each one feel very special. Michael has been invited back several times since then, each time delivering an equally effective and inspirational message to a very enthusiastic and receptive audience.”

“Michael went above what was expected of him… my favourite moment was when he stood at the door and high-fived every student as they left the library; the students’ couldn’t stop smiling for the rest of the day! God has blessed Michael Palmer with the gift of public speaking. He made an impact in the children’s lives that day, and I am confident that his message will resonate within them for years to come.”

“Michael and Kaya Palmer visited our congregation last Sunday. Kaya’s testimony and song together with Michael’s story and challenge from the Word electrified our congregation-and no one was in a hurry to go home. As a pastor I also appreciated their engagement with children, youth and adults as they mingled with them before and after the service.

We were privileged to have them in our home. They were very gracious guests marked by vulnerable honesty and a wonderful humility. I’m confident God will continue to use them in His service.”

“Michael is an amazing motivational speaker. Prior to the event both Michael and Kaya came out to our Saturday program and got to know more about City Kidz Regina. Michael and Kaya arrived early and spent time socializing with the guests at the Dinner. Michael and Kaya sat at the table with some of the Junior Leaders fromthe program and was in full interaction with their conversation and made the youth feel importantl. Michael held the audience captive the full 45 minutes he spoke. He was a combination of serious and humor in sharing his testimony and in giving a great message on City Kidz Regina. Michael did not just speak about the importance of a dream – the theme of our dinner – he also spoke highly of the importance of City Kidz in Regina and the importance of receiving sponsorship to keep this program running. I highly recommend Michael speaking at any event and will definitely be looking at having Michael speak at more of our events.