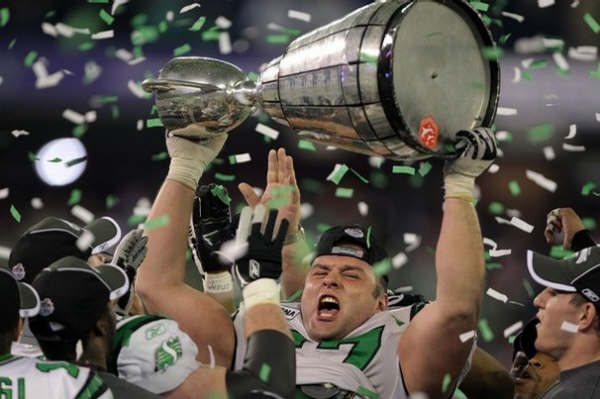 A Toronto native, Mike was drafted in the 5th round of the 1999 CFL draft by the Winnipeg Blue Bombers. In 2002, Mike joined the expansion Ottawa Renegades before returning to the Bombers in ’05 and finished his ten year pro career with the Saskatchewan Roughriders.

Mike has been a champion at every level of competition. After winning a Toronto high school city championship, Mike earned an Economics Degree at the University of Western Ontario and defeated the U of S Huskies to win the 1994 Vanier Cup. Mike completed the football trophy trifecta by helping the Riders capture the 2007 Grey Cup against his former team the Blue Bombers. He also took home the 2008 Team President’s Award which recognized his leadership both in the locker room and in the community.

Mike and his wife Kathie now raise their young family in Saskatchewan and in 2008 Mike joined the team at Investors Group Financial Services Inc. where he provides comprehensive financial planning to families and businesses across the province. Whether it’s planning for a child’s education, planning retirement or reducing the amount of tax paid Mike provides his clients with a game plan to achieve their goals.

Mike has continued his high level of achievement winning the Investors Group Pillar Award for his success with new client acquisition, portfolio management and overall financial planning. Mike has earned this prestigious award in his first two years at IG and has his eyes set on continuing this trend. Mike had also been awarded the Silver Service Award for his work in helping individuals and families with their personal insurances. He continues to be an active member of the community speaking with schools, supporting youth sports and raising funds and awareness for breast cancer.

“We had Mike at our 3rd annual Charity Golf Tournament and were delighted that he came out despite extreme weather conditions. Mike gave a short talk re: our facility and long term care ingeneral and acted as our MC for our door prizes and more. He really interacted well with the crowd and displayed a great sense of humour. I would highly recommend Mike as a speaker, guest and MC for any event. He was a joy to work with!”