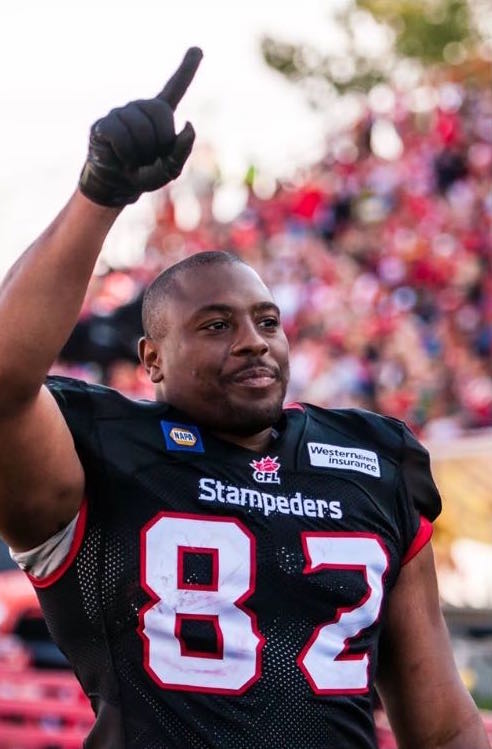 All CFL fans know how great Nik Lewis was on the field. He is considered one of the CFL’s all-time great receivers and all-time great personalities. Like he did on the field, when making an appearance in your community Nik’s presence will light up a room. He has a unique gift for story telling.

During his hall of fame 14-year career, the native of Jacksboro, TX set a new standard for receivers. He is the league’s all-time receptions leader with 1,051 catches. He also added 13,778 receiving yards and two Grey Cup rings to his trophy case.

While his statistics and all-star accolades are impressive, Nik left a lasting impression with his teammates and coaches. He is known as a great mentor to young players and his contagious good mood was an asset in the locker room.

Now Nik is sharing his big smile and outgoing personality at sports dinners, community events, schools and corporate leadership events. The product of Southern Arkansas University will share more than a few entertaining behind the scenes locker room stories from the numerous characters he played with and against in the CFL.

Known as a very important and influential player, Nik is ready to reveal the secret of his success which included his tireless work ethic, keen leadership skills and the ability to make those around him better. These key messages will help inspire you to reach your goals and dreams both on the field and in the work place.

Nik is very community minded and will make a positive impact at your next event.