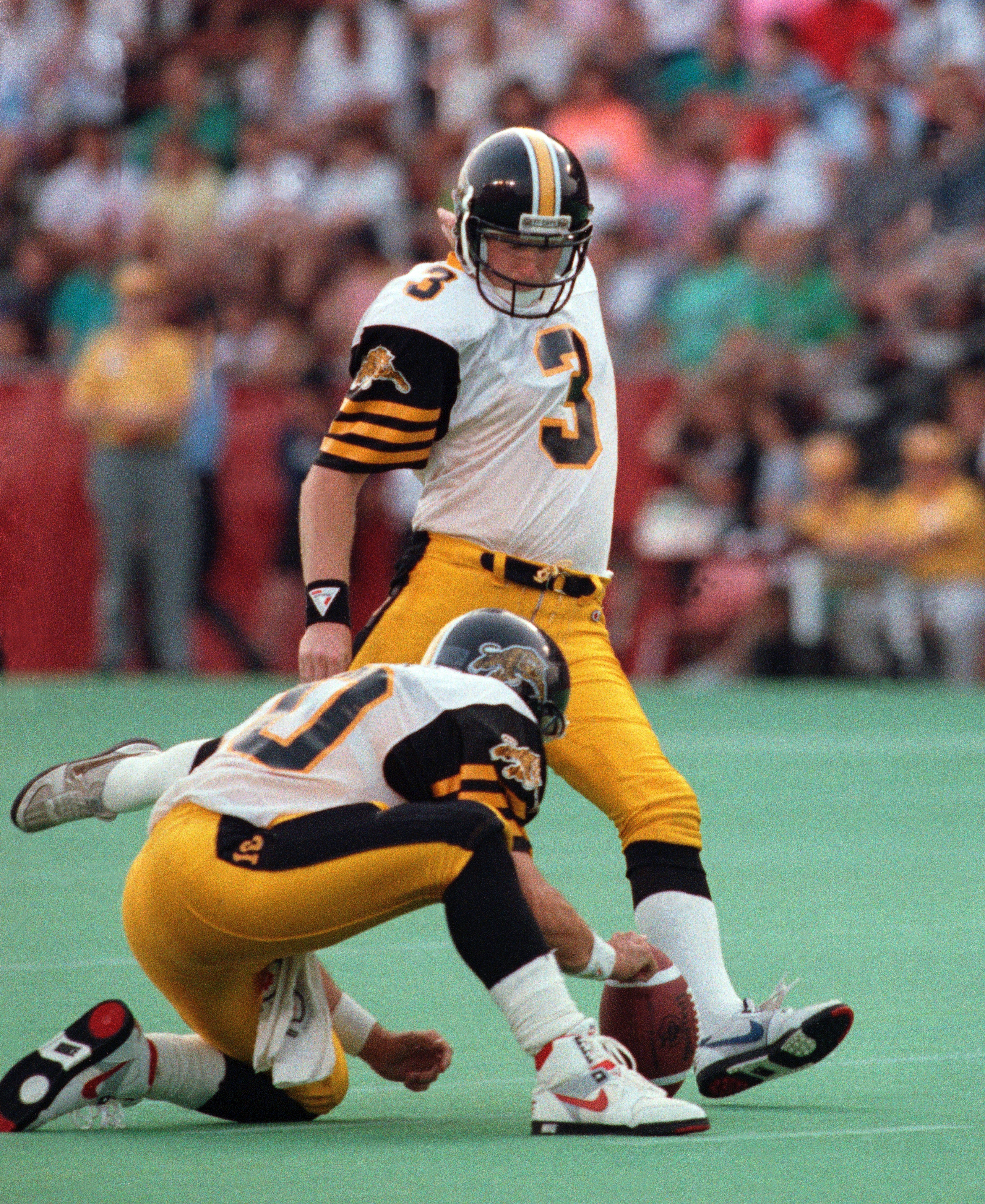 Paul “Ozzie” Osbaldiston is a former punter and placekicker in the Canadian Football League. After brief stops in British Columbia and Winnipeg he landed in Hamilton midway through 1986 and started an 18 year career with the Hamilton Tiger Cats. “Ozzie” established.

himself as one of the most prolific kickers and punters ever to suit up in the Canadian Football League. On top of playing the most games (296) and accumulating the most points (2,856) in Ti-Cat history, Osbaldiston owns 18 other team records in various kicking and punting categories. He also occupies every spot on the team’s top-10 single-season scoring list. Osbaldiston is a seven time East Division All-Star and a three-time CFL All-Star. He helped the Ti-Cats reach four Grey Cup finals and captured the title in 1986 and 1999.