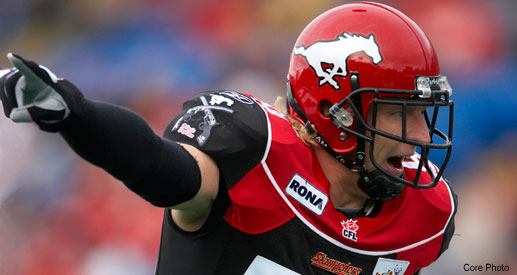 Scott Coe, former CFL Linebacker, was born and raised in Manitoba. He began his football career at Kelvin High School and continued into college at the University of Manitoba; where he also studied Economics from 1998 to 2002. Scott was drafted by the Hamilton Tiger-Cats in the fifth round of the 2002 CFL Draft. He became part of the Calgary Stampeders Football Club in 2004 and played until 2007 when he joined the Edmonton Eskimos. Scott was also honoured to receive the 2006 Gibson’s Finest Canadian Play as voted on by over 50,000 fans and included a $10,000 donation to Scott’s charity of choice – Timbits Atom Football Program in Calgary. Scott loved the opportunity to support the up and coming football players and has spent many years involved in various Charitable Foundations, volunteering and enjoying the opportunity to give back to his community.

After retiring from the CFL, Scott joined Hamilton and Partners in 2009 and works as an Account Manager in Calgary, Alberta.