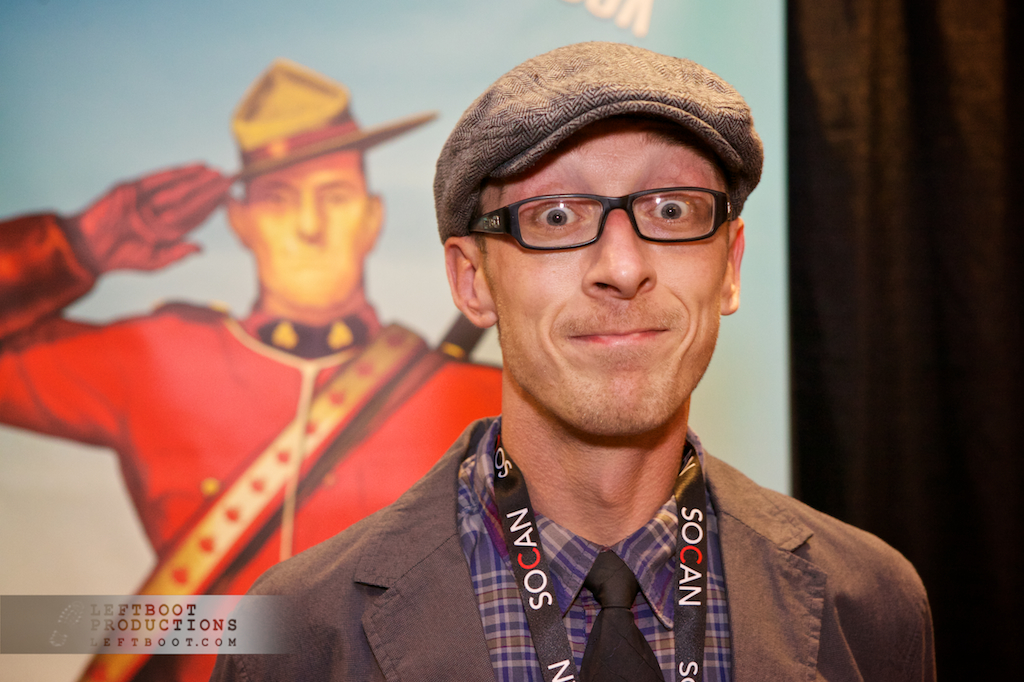 Taron Cochrane – Voted in Prairie Dog Magazine as the ‘2nd Best Twitter Feed in Regina” Taron Cochrane has had a successful career in marketing, communications and social media. A public speaker with an extensive province-wide resume, he has also been a weekly guest music commentator for CTV Morning Live/Big Dog 92.7FM and through the years has been featured on every type of local media (with four National news appearances). Not one to rest, he is also the Manager of Interactive Communications for the City of Regina, a marketing and communications specialist, graphic designer, freelance writer for the Regina Leader-Post, local music promoter, tour manager, MC for various events around Regina (notably the 2013 Regina Folk Festival) CBC Saskatchewan Future 40 member, juror for BreakOut West, the JUNO Awards and FACTOR, second term SaskMusic board member and was a social media correspondent for BreakOut West 2012, the 2013 Junos Host committee, Telemiracle 38 and MOSAIC 2014.

Driven and passionate, Taron Cochrane has witnessed first-hand the positive results of simply doing what you love.

As the former creative marketing & communications manager for the Regina Symphony Orchestra, he helped strengthen their online presence and bring classical music to a much larger demographic. In 2011, the orchestra was voted one of the nicest Orchestra Twitter accounts in the world by California composer, Chip Michael and were also a ‘Top 24 finalist’ in the socialfresh.com Top 10 Twitter Brands of 2011 alongside Starbucks, Pepsi, Audi and the Red Cross.

A strong polka advocate, in 2010 Cochrane brought national attention to Canada’s polka king, Walter Ostanek. The recipient of a John Lennon Song writing Award, he has also co-written a single that peaked at #3 on the New Zealand charts.

Raised in the welcoming small town of Strasbourg, Saskatchewan and proudly calling Regina home, Cochrane is a dynamic, engaging, and entertaining speaker. His presentations not only motivate and entertain — they also showcase what can be accomplished through the power of passion and community.

“In a word, Taron “gets” what social media is all about. Far from being a simple broadcast medium, Taron understands that any engaging social media presence, be it personal, professional or used by an organization or business, is about conversation. He is an important pillar in the Regina and Saskatchewan social media environ and is a true leader in that he teaches by simply doing and setting a positive example for countless individuals, organizations and businesses. From his work with the Regina Symphony Orchestra, which in my mind has one of the best social media presences in the province, to his current endeavours with the Regina Regional Opportunities Commission, Taron is someone to “like”, “follow”, and engage in great conversation. In closing, I look forward to seeing more of Taron’s innovative touch on the social media community in which we interact.”

“In his keynote address at the Museums Association of SK’s annual conference, Taron did a fabulous job of communicating with a diverse audience in an entertaining, accessible way. He was also thoroughly professional and a pleasure to work with. I recommend him highly.”

“Taron has been actively woven into the fabric of the local/Western Canadian music scene in several capacities: as a freelance writer, a graphic designer, a music fan with broad eclectic tastes, and as a SaskMusic board member. As a writer he has contributed to local, regional, and national publications as well as a host of on-line zines and blogs. His writing has covered a range of locals as well as international acts.

Whether he’s bringing a voice to local acts and taking them out further abroad, or writing for acts traveling to Western Canada his writing and voice have become a trusted source of music news. As a graphic designer he has contributed to album artwork, merchandise design & website designs to name a few creative outlets. He has become a resource that many look to when in need in the design/creative parts of their careers. As a SaskMusic board member and also as a music loving individual he’s cheered on many local acts and helped raise their profile regionally and nationally.

Personally, I’ve interacted with Taron in his capacity as both a graphic designer, and as a freelance writer. As a graphic designer he designed my last album artwork and that artwork was then further extended into my website as it was so eye catching. the project saw him bring many creative ideas to the table, and finish the project on time and on budget. He also worked with me to design my latest band t-shirt which included a breakthrough inclusion of a 2D barcode in the design – the first band t-shirt to do this in Canada (2 years ago). The ‘piano-bird’ design is really eye-catching and at his suggestion was then extended into my recent album/website artwork.

A ‘leader’ is someone who has a vision of what they want achieved and then acts to achieve it. Taron acts in a way that demonstrates he understands the impact of music and culture on the day to day lives of people. It’s important to him. He’s incredibly positive and you get the feeling that he’s supporting the growth of local music in everything he does. I also think the fact that he manages to hold a job with the Regina Symphony (a major cultural institution) as their creative marketing manager, while achieving all of his other results, is a testimony to his passion for the music industry.”

“Why Your Business Needs Facebook, was the topic of our Lunch Hour Series for September. Taron you are very knowledgeable on this subject and how you presented your knowledge was very well understood by all our members who attended. Your comparison of a business owners passion to their business and that of the passion for music was brilliant! Your passion truly showed through. I would not hesitate to ask you for future engagements. Thanks again, Taron. I hope one day, down the road, we will have the opportunity to do an encore and say….” Hello – again – Hello”!

“Taron was a fantastic MC for our first ever Co-op Fest Music Festival and Product Fair. Combining his extensive knowledge of the Saskatchewan music scene with his genuine interest to learn more about co-operatives and the bigger educational purpose of our event, he engaged the audience and helped us achieve our goals for the event. Taron was thorough, professional and pleasure to work with.”

“Taron Cochrane went above and beyond our expectations for him when he spoke at our conference, Marketing Your Business Online. He was a great speaker, helped us promote the event, and was fantastic to work with. We received a lot of positive feedback on his presentation and would be happy to work with him again!”

“Taron Cochrane is one of those guys who’s name comes to mind when the term “Quality Individual” is mentioned. I first met him online through Social Media and he quickly impressed me with his positivity and friendliness. Taron is the kind of person who is a magnet, his genuine care for others and passion draw people in.

Taron has a real love for his community and he benefits it by volunteering where he can. He gets himself involved for the sake of bettering everyone around him.

I’d say that what I admire most of Taron is how he carries himself in social settings. He is always positive regardless of topic. I have been around him in many situations where he never once slandered another person or organization regardless of others opinions.

Taron is a class act through and through and I consider him a role model in my own life. Regina is a better city for having him as a resident.”