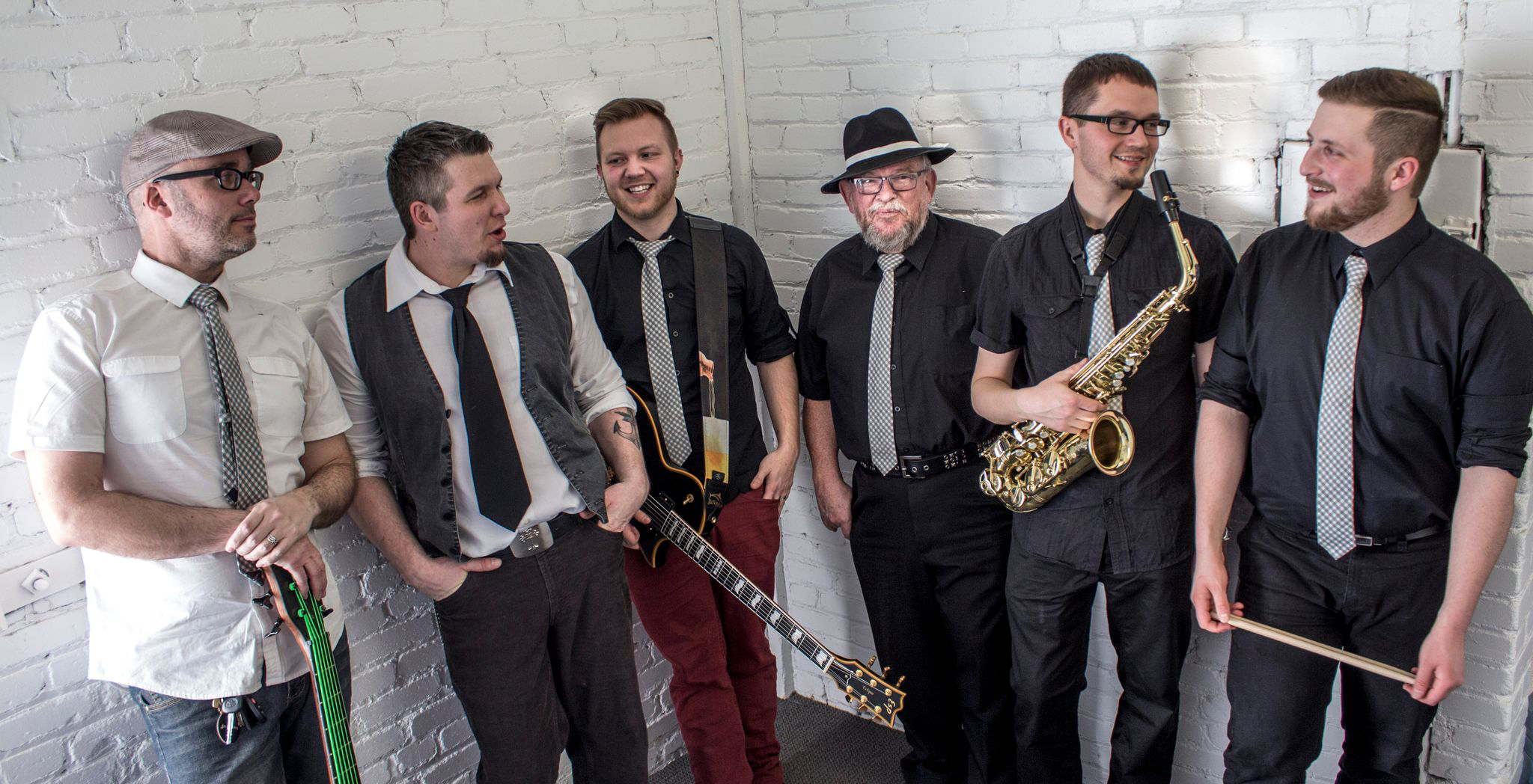 Formed in the summer of 2013, The Bromantics are a Saskatchewan six-piece band that performs timeless music from the 50’s and 60’s. They have also begun writing original music along the same vein, following similar structures. With high-energy sax overtop vintage guitar tones accompanied by classic style harmonies, The Bromantics are reviving the era with a youthful energy.

They recently recorded live sessions through Blue Door Studios in collaboration with Nyshe Productions and intend to record a debut EP in the near future. They have been performing regularly since they formed and are only gaining more momentum. The contagious genre of music, combined with their high energy stage performances, has succeeded in creating a nostalgic atmosphere and guarantees to have everybody twistin’ the night away!

The group is comprised of Gregg Gower on keys, Justin Hauck on drums, Jim Mitchell on bass/vocals, Kurt Gillett on saxophone/vocals, Rob Haakenson on guitar/vocals, and Tim Lynchuk on lead vocals.