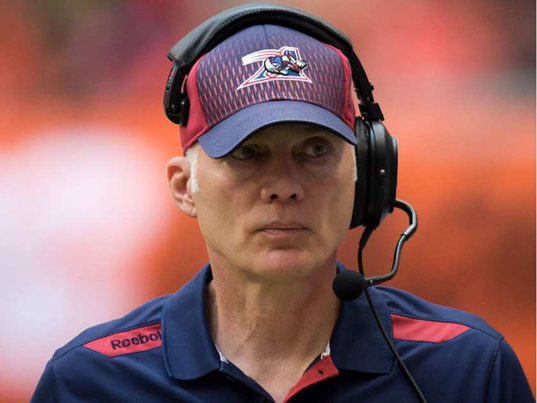 Tom Higgins was born in Colonia, New Jersey is the Director of Officiating for the Canadian Football League and a former Canadian & American football player and coach. Tom attended Colonia High school in Woodbridge Township, New Jersey where he developed his skill and passion or football. He then played defensive line at North Carolina State University where he was an All-American and started in four consecutive bowl games. After graduating from college, Higgins looked for a career in the National Football League but was not selected in the 1976 NFL Draft. He set his sights on the Canadian Football League and began his career with the Calgary Stampeders, where he played for two years. Tom tried out with the Cleveland Browns and New York Giants before signing with the Buffalo Bills in 1979. He played one year in the NFL before returning to the CFL with the Saskatchewan Roughriders.

After retiring as a player, Higgins began coaching at the University of Calgary and then in 1985 Higgins joined the Calgary Stampeders coaching staff, serving in several different capacities for nine years. He spent eleven seasons in Edmonton serving as an Assistant General Manager, General Manager and COO before becoming a head coach in 2001 with the Eskimos. He led the team to the playoffs in each of his four seasons, winning division titles in 2002 and 2003. In 2003 Higgins and the Eskimos won the Grey Cup and he was voted the 2003 coach of the year. Tom returned to the Calgary Stampeders in 2005 as head coach where he spent 3 years and captured his second coach of the year before he was appointed as the Director of Officiating for the CFL in April of 2008.

Outside of football, Tom is a highly sought after motivational speaker who works with business and community groups. He believes in “Championship Thinking” and will share his enthusiasm and commitment to help inspire and motivate you!