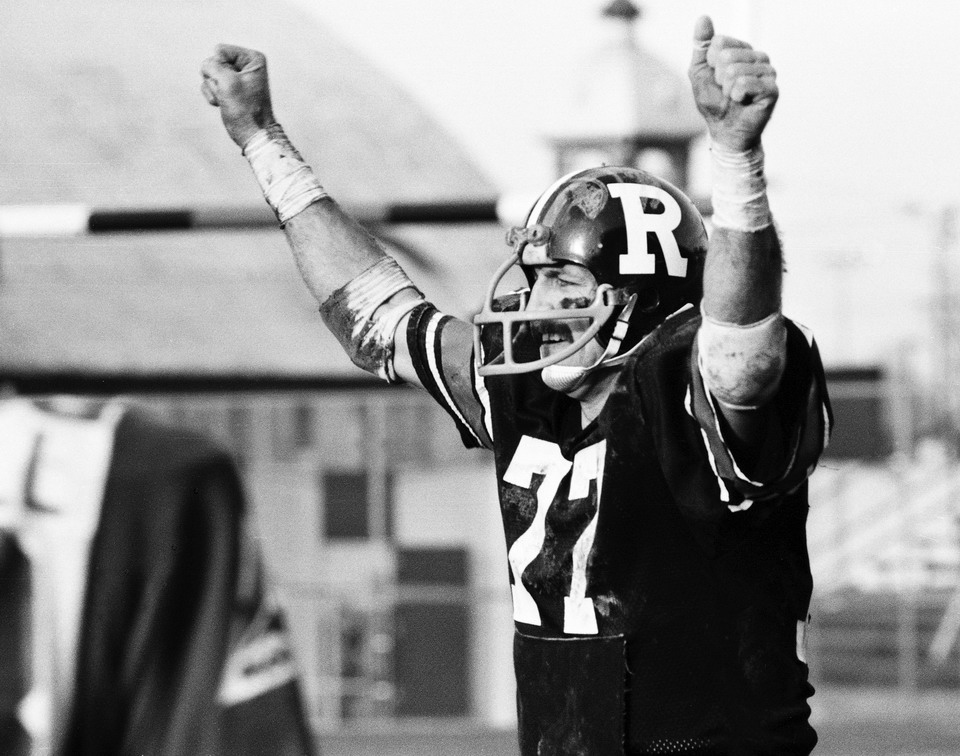 Tony Gabriel was considered one of football’s most dynamic, dedicated, and durable players. a highly dependable tight end and receiver, Gabriel caught passes in every game he played for eight seasons. he missed only two games over the course of his eleven-year career…

despite his remarkable CfL record, Gabriel wasn’t an instant success on the field. he didn’t make his high school football team until his third year, and even then it took two seasons for him to experience the simple joy of winning a game.

Gabriel was encouraged to play for a local junior team, the burlington braves, and it was here that the football world took notice of his burgeoning talent. after a successful season, Gabriel was offered a football scholarship at the University of syracuse. he soon became one of their star players, breaking all the school’s major receiving records and setting an nCaa record by scoring two touchdowns in just two minutes. after graduating in 1971, Gabriel turned down an offer from the new york Giants in favour of returning to Canada to play with the hamilton tiger Cats.

Gabriel played for hamilton from 1971 to 1974, helping the ticats secure a Grey Cup victory in 1972 by catching three last-minute passes to set up the winning field goal. he joined the ottawa rough riders in 1975 and once again played a pivotal role in his team’s Grey Cup triumph by catching the winning touchdown pass to give ottawa a 23-20 victory over saskatchewan in the 1976 finals. Gabriel remained with the rough riders until his retirement in 1981.

Gabriel caught for 1,000 yards five times and set a pro record of 138 consecutive games in which he successfully caught at least one pass. he was named an eastern Conference all-star in all but his rookie year and was a Canadian all-star on eight occasions. he won the schenley award