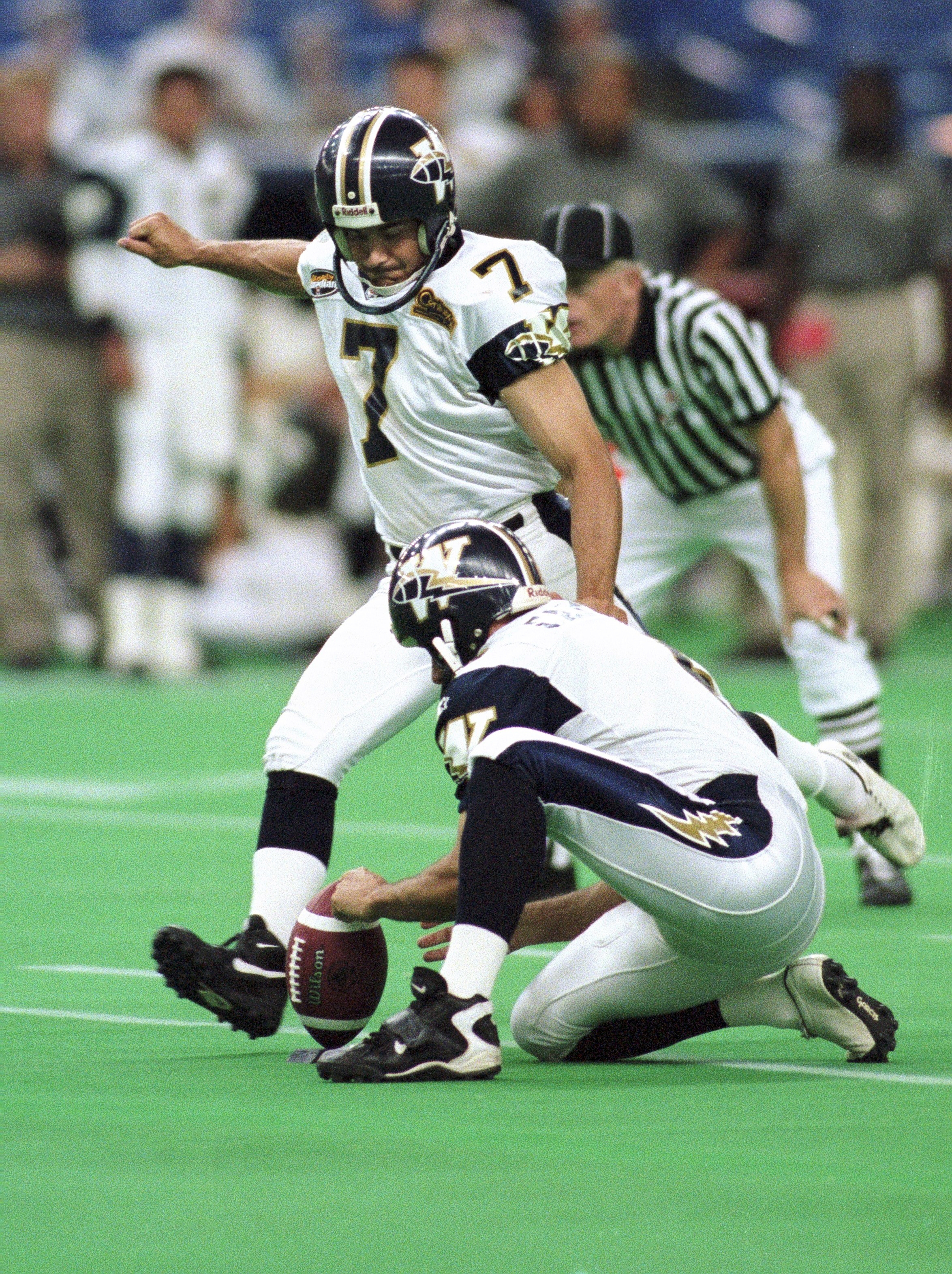 Troy Westwood Troy Westwood was born March 21, 1967 and is a proud Manitoban. Troy played for his hometown Winnipeg Blue Bombers for 18 seasons (1991-2007, 2009) as both a place kicker and punter. Troy was drafted 48th overall by the Blue Bombers in the 1991 CFL draft and upon the end of his career held over 30 club records including most points scored in a career with 2748. Troy is 5th all-time in CFL scoring, played the 2nd most consecutive games in CFL history at 279, and holds the highest playoff field goal percentage in CFL history (minimum 20 attempts) at 88.5% (46/52).

Troy Westwood may well be best known for a statement he made prior to a game in 2003 to the fans of the Saskatchewan Roughriders in which he “apologized” to the province for calling them “Banjo pickin” inbreds” before the Labour Day Classic. “I had referred to the people of Saskatchewan as a bunch of banjo-picking inbreds,” said Westwood as the media hovered. “I was wrong to make such a statement, and I’d like to apologize. The vast majority of the people in Saskatchewan have no idea how to play the banjo.” At the time this set off some fireworks until the good natured ribbing of it came to be understood. Troy’s mom and her family were all from Saskatchewan, and Troy grew up with a lot of fun jabs come Labour Day games. In the end the fun quip helped to secure the Blue Bombers a home and home date with the Roughriders which has been sold out for years and a game we have all come to know as the Banjo Bowl.

Troy has taken part in or competed in a great number of sports including being drafted by the Winnipeg Fury for soccer prior to his football career. Troy also raced street division stock cars for a number of years at Winnipeg Speedway, and also has a professional boxing match on his resume, which he lost in a unanimous decision. Troy took part in the show Wipeout Canada in 2011, and completed the Spartan Race in 2015. Troy still enjoys playing senior men’s soccer and hockey in a few leagues in Winnipeg.

Troy worked front line social services for approximately 7 years in Winnipeg for a family reunification program in the city during and after his time with the Winnipeg Blue Bombers. Troy also was a co-host on QX104 FM in Winnipeg for 2 years. For the last 5 years Troy has been a co-host on TSN1290’s The Big Show, the morning show for the sports talk radio station in Winnipeg.

Troy is also a multi award winning singer/songwriter including one Juno win and three additional nominations as a part of the band Eagle and Hawk, and as the solo artist Little Hawk.