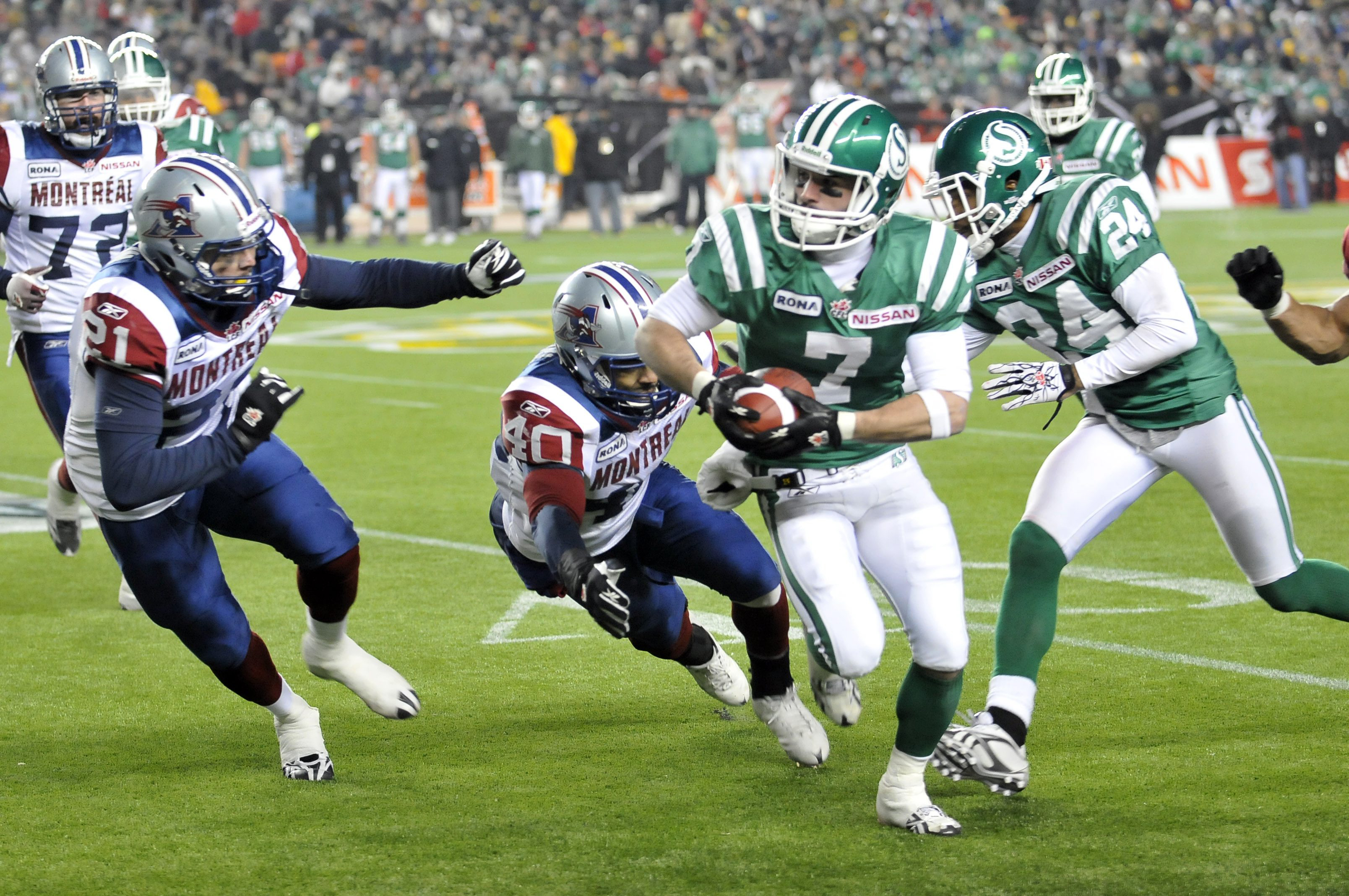 During his entire football career, Weston Dressler has experienced first-hand what leadership and hard work can achieve.

Best known for his incredible talent to make things happen on the field, this 5 foot 7 inch champion has found ways to excel in a big man’s game.

As a former Gatorade High School Player of the Year, Weston went on to set 19 school records at the University of North Dakota. His college achievements also include many All-American honours. As a senior, Weston lit up Fighting Sioux opposition by grabbing 75 passes for 1,274 yards. He ended his college career as UND’s all-time leading receiver with 243 catches for 3,382 yards and 38 touchdowns.

Weston has continued to build on that success in the professional ranks. His CFL trophy case includes, the CFL’s Outstanding Rookie of the Year award, four West All-Star nominations and two CFL All-Star awards. Weston was also a key member of the Saskatchewan Roughriders 2013 Grey Cup Championship team.

Through his incredible on-field performance and his many contributions to the community Weston has been embraced by Roughrider fans from coast to coast. His accomplishments in Saskatchewan have elevated him to one of the team’s, and the CFL’s, all-time great receivers.

Weston is a charismatic and inspiring speaker. He shares the tools that made him a success both on and off the field. Weston focuses on the value of teamwork, communication and leadership, while using and humour and a few locker room anecdotes to show the audience that every goal is attainable.

“We had our Second Annual Sports Gala in Zenon Park this spring (2012) and once again it was a big success. Special thanks to Joe Gunnis of EMJ Marketing for all of the help in once again getting us some top notch talent and for coming to our event. Scott Schultz and Weston Dressler were a big hit with the kids as they generously agreed to take part in an autograph session prior to the dinner; Weston was a big hit with the ladies too! Both men were hilarious and had great tales to tell. Mr. Schultz is pretty smooth for a big man. And who knew that Elton John would factor into the evening? Michael Ball did a fantastic job as emcee and helped keep the evening moving along smoothly, even if the Big Deal Mobile didn’t move so smoothly.

I highly recommend contacting Joe from EMJ Marketing if you are looking to get a good speaker for your event. He will do whatever he can to make your event a success.”

“Often when you go to sports dinners, you get a one-dimensional look from a speaker. A few stories about the playing days and little else. But when you book Weston Dressler, you get a well-rounded speaker who will appeal to all.

Weston was one of our speakers at the Estevan Football Fundraising Dinner in April 2013 and it was truly a privilege to have him there.

Start off with a joke or two about an ex-teammate (Matt Dominguez) who was in the crowd, throw in some tales about his start in football as a youngster, add in an lesser-known fact about which CFL team initially held his rights, a splash of stories from his rookie year and spice it up with some more current facts about the Roughriders and you have the perfect recipe for an entertaining speaker that never loses your attention.

Plus, Weston is great with interacting with the crowd, posing for numerous photos and signing many, many autographs.

Polite, well spoken, friendly, entertaining, and classy – we could only wish all the athletes our kids look up to would be like Weston.

It’s a given that we recommend Weston Dressler as a speaker for your event. You will not be disappointed.”